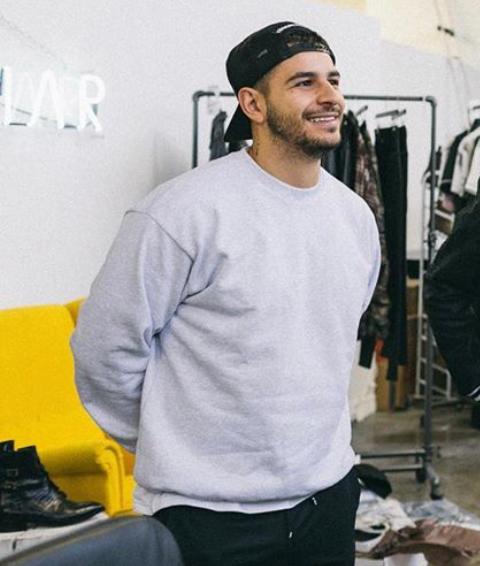 Anthony Sorella was born with an entrepreneurial spirit. Much to his parent’s dismay, Sorella always knew he would pursue a career as his own boss after his high school graduation. “They were so scared for me and I love my parents, it hurt to see them so stressed, but it was also a blessing because it held me super accountable for my actions,” recalls Sorella. The Toronto native began his career working in nightlife promotion through various clubs in his home city. From there, Sorella helped found many other companies, including his current project, Neighborhood Creative, which uses marketing strategies to promote community in Toronto. The biggest personal takeaway for Sorella, though, has been the confidence he has gained in himself which has helped him begin his journey into the music industry.

After years spent making progress as a young businessman in Toronto, Sorella decided to realign his goals and mindset, and he decided to focus on pursuing music. Working as an independent artist, Anthony Sorella is making music that he says is for the weekend night owls. “I love those people. Party for hours and still have energy for more. I’d love to create a whole album dedicated to them,” says Sorella. That is exactly the persona Anthony Sorella is hoping to capture with his upcoming album: P4r7y D0nt St4hp. A numerically infused respelling of “Party Don’t Stop”, Sorella’s upcoming album is meant to keep spirits lifted, even when the party is winding down at three in the morning.

When it comes to his music and his outlook on life, Anthony Sorella does not try to take anything too seriously. “I don’t write lyrics just beats and I don’t really go into deep dark stuff. I like to keep things lifted and happy.” An anecdote to further attest to his light heartedness is, when asked what a day in his shoes was like, Sorella responded with, “I wear Chucks.” Referring to the Converse street sneaker, Sorella further responded that his friends even call him “Chuckie” because of how often he wears the sneaker. Whether it’s in business, music, or life in general, Anthony Sorella is just looking to spread positivity.

Keep up with everything Anthony Sorella has going on by following him on Instagram.

Taking A Risk: King Nasir Steps Out with Confidence on His New Music Endeavors