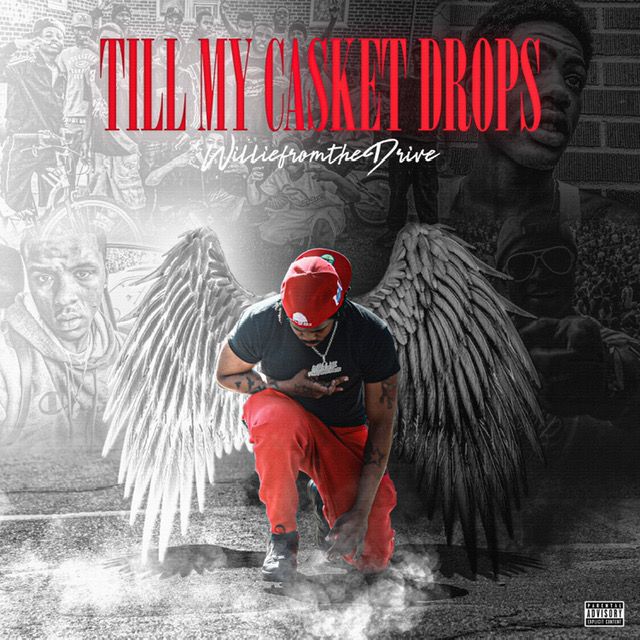 A lot is in store as Willie shares his future plans and talks about hip hop music.

‘Cuz of U’ fame WilliefromtheDrive is releasing his next project “Till my casket drops” soon!

From the Brickz of Hempstead New York, Wille is a young, 24-year old independent artist, investor, video director and business owner who loves creating. A determined music enthusiast, he has created a personal brand that people can relate to with “How we get it ..? Out the mud ..!”

Willie recollects how hip hop music began in the 80s and 90s in Africa. Though the success of hip-hop varied between countries throughout Africa, what is amazing is to witness its mass acceptance. Let us find out how Willie got inspired and the influence hip hop has on Africa.

You will be able to feel the innate hip hop culture in Willie’s music. His background, influences, references and way of thinking impacts his life and music. Willie takes inspiration from the streets that raised him. According to him, hip hop music seems to resonate as a key mode of identity and entertainment amongst a vast majority of the South African population. Much of the hip hop music in Africa is derived from Western beats, combined with regional rhythms, accents and drives of the urban culture of the continent. As African artists process the hip hop genre through localized filters, more hip hoppers and the larger Arabic music landscape continue to explore taboo themes and proactively deconstruct societal markers of North African identity. They are experimenting with beat creation and dialect as they go about making a niche for their music, and for these conversations to be held in a public domain. African music artists are using hip hop to express what it means to be who they are in the context of their country, their continent, and their live experiences. This is the need of the hour as a platform for the upcoming hip hop artists in Africa.

Willie is excited to contribute to the world of African hip hop music. He shares with us his plans of changing the continent’s hip hop scene. In the future, Willie aims to begin an ‘only fans’ course on how he made everything come up and changed it for the better. Willie, the King of Aalduobap, is also trying to create his own city filled with peace. This is his own city where “Nobody has to work ever again. We are all equal. To bear the burden of all those I carry with me. For them to smile until they canʼt breathe no more.” It is Willie’s endeavour to revolutionize the African hip hop scene. To achieve this, he is creating a unique platform where he can take his people to the next level, off his name.

What is awaited to be seen is how our favourite hip hop buff Willie will pave the path for himself and other budding hip hop artists in the continent.

Don’t forget to subscribe to Willie’s Youtube channel and catch his upcoming release ‘Till my casket drops!’

Giulzy Gonzalez as a musician has proven his mettle by showcasing outstanding work.