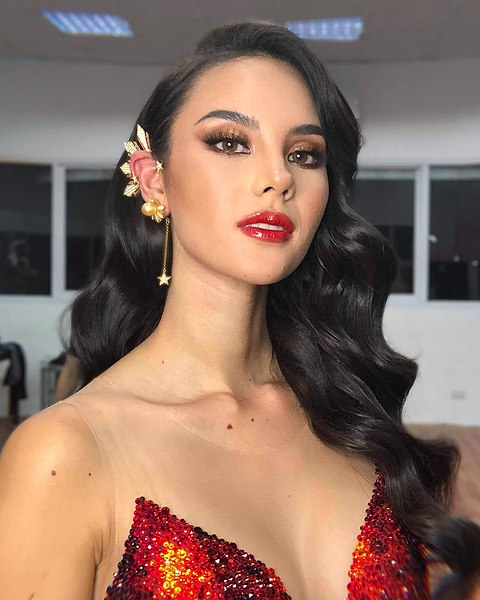 The Filipino beauty won the Miss Universe title last year, and is still the reigning Miss Universe. She hadn’t travelled to Dubai before, so her visit to UAE was a new step for her. Her fans loved having here there.

Born in Queensland, Australia, she has Scottish as well as Filipina blood in her. Filipino beauties steal the pageant titles more often. And Gray was the fourth one from Philippines to be crowned Miss Universe.

She also represented her country at both the Miss World as well as the Miss Universe pageant, which is a great honour. And she touched hearts with her own Filipino walk.

Gray was 13 when she first modeled and since then she didn’t look back. She is also a formally trained singer, an accomplished martial artist and painter.

But despite all the success she stays humble and tries to make a change. In her interview with Dubai-based Xpedition Magazine, she shared how she wanted to make a change in the world. And how she is going to do it during her reign. And Also after her reign is over.

When asked what she would like to do in Dubai she said “I’m looking forward to experiencing everything: the scenery, the culture, the food. I’m really hoping to do a Desert Safari Dubai tour and to experience the desert at dusk. I think it would be nothing but magical!”

Catriona Gray attended a fashion night in September 19, at BurJuman mall, which featured 10 Dubai-based designers showcasing their latest collection. On 20th she attended an Xpedition Annual Gala. The gala was hosted by the Dubai-based Xpedition Magazine. Which helped raise funds for Smile Train. And Smile Train is a charity that provides corrective surgery for children with cleft lips and palates

Gray is passionate about changing the world for good. She is driven and hardworking. And she promised not to give up the good work even after her reign.