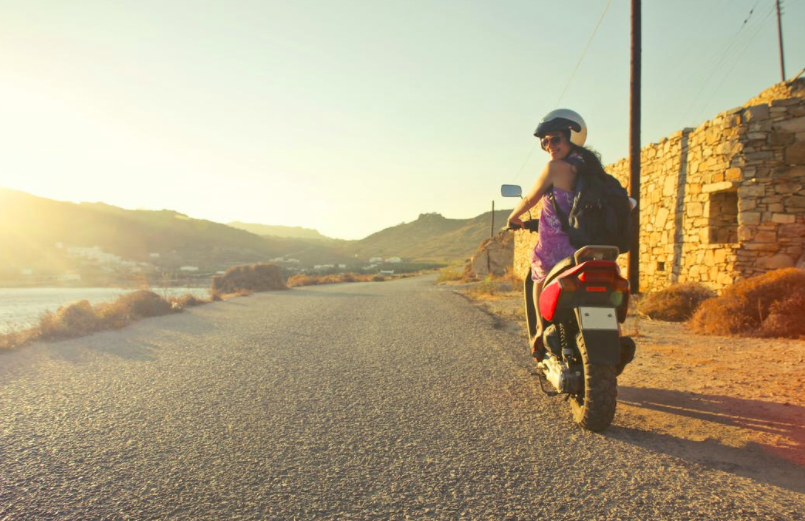 Motor scooters also referred to as mopeds, have become very popular throughout the country and in particular urban areas.

However, the motor scooter company revel has recently come under scrutiny in New York City following two deaths, and they’ve suspended service in the city for now.

It’s an important situation that sheds light on just how safe or unsafe scooters are, especially if you ride them in cities, and you don’t have a lot of experience.

For example, according to Houston Attorney Brian White, since scooters are small, it’s difficult for other drivers to see them. It’s easy for something seemingly minor like a pothole or road debris to cause an accident, and scooters are unstable, so it’s easy to lose your balance if you’re not an experienced rider.

Some of the potential injuries that can occur in scooter accidents include:

So what happened with Revel?

Revell is a company that helps people get access to electric mopeds in major cities.

Revel started in Brooklyn with just 68 electric scooters. They then expanded across Brooklyn and moved into Queens and by last year had around 1000 scooters.

Now, Revel operates in Washington, Miami, Austin, Texas, and Oakland, and is planning to move into San Francisco as well.

You download the Revel app, and then use that to locate the scooter nearest you. You can the scooter where you need to go, and you pay by the minute, and you also pay a small fee to unlock the scooter initially.

There are rules and guidelines. For example, you aren’t permitted to ride on major bridges or highways, and you can’t go any faster than 30 mph. You also have to end your ride within the designated service area, which is in the app.

You can have a second rider on a Revel, but all riders are required to wear a helmet, and each scooter comes with two helmets in different sizes.

In late July, Revel made news when journalist Nina Kapur, 26, died while she was a passenger on a scooter that was being operated by a 26-year-old man. The operator of the scooter is said to have swerved for an unknown reason. The two then fell on the road because of that.

Ms. Kapur was pronounced dead at Bellevue Hospital, while the driver had minor injuries.

Revel issued a statement indicating they were working along with local officials, and a spokesperson said that there had been to date three million rides on Revel scooters with no other fatalities.

The accident leading to Kapur’s death happened on the same day a man on a Revel scooter sustained a head injury in Queens. Police arrived to find the man who’d been driving the scooter in the street. He was taken to Elmhurst Hospital and was in critical condition at the time. The man eventually died, and it was discovered that he had slammed into a light pole.

After that, two men almost died in a Revel crash early one morning in Upper Manhattan. Both were hospitalized.

The Revel company announced, following Kapur’s death, that they would be suspending New York service until further notice.

New York Mayor Bill DeBlasio spoke out about the situation saying that Revel made the decision to shut down service and went on to say they wouldn’t let them reopen unless they were sure it could be done safely.

The company sent out a Tweet saying they needed to go over rider safety and accountability measures.

During this summer, there has been a suspension of more than 1,000 Revel accounts for people found to be reckless riders.

Revel said they were going to be soon unveiling a safety exam in the app that would be required for all users.

U.S. Rep. Adriano Espaillat from New York wrote a letter to the commissioner of the state Department of Transportation, asking that they suspend Revel’s license until there were more stringent safety measures put in place.

However, there has been pushback directed primarily toward Mayor DeBlasio over the situation. In May many more people started relying on alternate forms of transportation, including Revel scooters because the Mayor told people to improvise how they commuted due to loosening of coronavirus restrictions.

What Can Riders Do?

Despite the potential safety risks, many people find that scooters including those offered by Revel are the best if not the only way for them to reasonably get around urban areas.

There are things individuals can do to be safer on scooters.

Learning how to operate a scooter correctly is important, which may be one of the big problems with Revel—inexperienced riders.

Since scooters are so seemingly simple, there may be a false sense of security that comes with their use, but give yourself time to learn the controls and breaks.

You should also always wear the proper safety gear, most importantly, a helmet. Kapur was not wearing a helmet at the time of the fatal accident.

You have to be aware that even a small bump in the road has the potential to turn deadly when you’re on a scooter.

You should stay on the streets and follow all traffic laws—don’t ride on the sidewalks. This isn’t even allowed in most places.

It can also be better to stick with just one rider at a time. When there’s added weight from another rider, it can lead to loss of balance issues that can increase the likelihood of an accident.

Whether you’re using a scooter sharing program or you have a scooter, they can be convenient but dangerous. Be vigilant and don’t let yourself be lulled into a false sense of security when operating this type of machinery, because the results can be fatal.