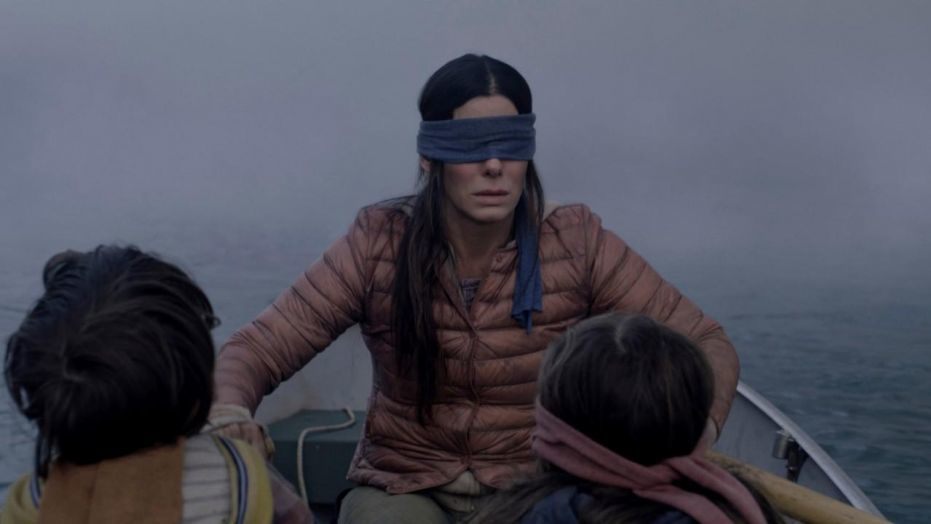 Netflix released Bird Box, a horror movie, in December. The holidays soon became spooky with this movie release. In this movie, everyone has to wear blindfolds all the time to prevent themselves from some killer force.

But the reality soon took a drastic turn where this Bird Box challenge went viral. The social media made this movie into a viral challenge, where users are posting their videos of blindfolds. Amidst all these happenings, Netflix is urging people to chill down a little and not to use this in their real lives.

The Netflix US has issues a warning on their Twitter channel, requesting people not to carryout this Bird box challenge and not to believe the memes.

Can’t believe I have to say this, but: PLEASE DO NOT HURT YOURSELVES WITH THIS BIRD BOX CHALLENGE. We don’t know how this started, and we appreciate the love, but Boy and Girl have just one wish for 2019 and it is that you not end up in the hospital due to memes.

Despite their warnings, people have gone blindfolded for several hours in their day to day lives. Such an irony for Netflix. The Bird Box movie became popular on Netflix all thanks to the several memes that released within the few hours of the movie release.

But these memes also contributed to the real scary and harmful blind fold challenges. Even though Netflix is nowhere responsible for the challenge that went viral over the internet, still this is a tough situation for Netflix to be in. As long as the memes were harmless, the right publicity to the Bird Box movie was amazing. But this challenge brought in a lot of negativity surrounding that.

So, even though the warnings are made, Bird Box challenge is unstoppable for some time now.

Aquaman set to Cross $850 Million Worldwide at the Box Office