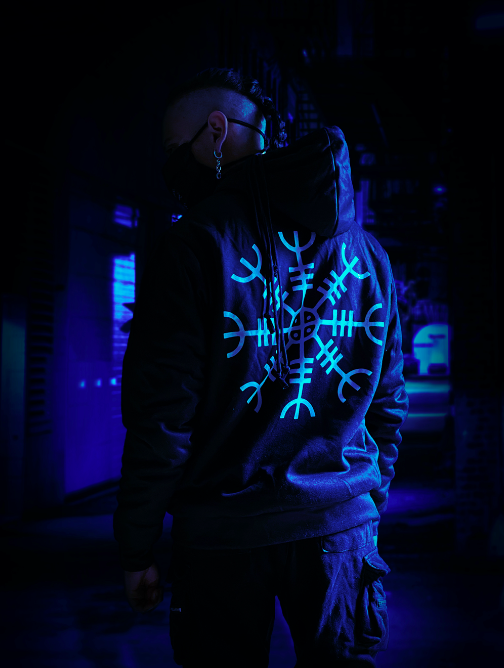 In the Bronx neighborhood of New York City, one artist is blending genres with a voice like Slipknot’s Corey Taylor and a production reflective of that used by XXXTentacion. This artist is Fenzrir, and he is taking his metal and rock influences to create highly innovative music that is pushing the boundaries of what a music genre can be. With his recent signing to the New York label, Bentley Records, Fenzrir is in a position to show the music industry his new style of rock-rap.

Like the artists who inspired him, Fenzrir uses the rage and angst he feels in his life to build the sonics of his music. Self-described as having “a Viking touch which commands the listener’s full attention,” his music resembles that of Slipknot’s Corey Taylor. “Rage is a powerful tool, and, if used correctly, you can keep moving forward,” Fenrir shares.

The Bronx rapper’s most recently released project, the nine-track long Sun-Eater, finds him mixing with primal feeling, metal-rap production, and his seemingly screamo rap vocals. Resemblant of acts like Bring Me The Horizon and Hollywood Undead, the project offers new soundscapes that may further these subgenres. Fenzrir has also just been signed to Bentley Records out of New York City. With even more significant backing, the genre-mixing rapper is deep into work on his upcoming EP, which has been building a high amount of buzz. Fans and critics alike are looking forward to the project’s release and hearing how Fenzrir builds upon his new genre of Viking-rap.

To keep up with Fenzrir and his upcoming music, follow him on Instagram and listen to his music on Spotify.

The Rise of Independent Artists Dictates the Future of Music Industry