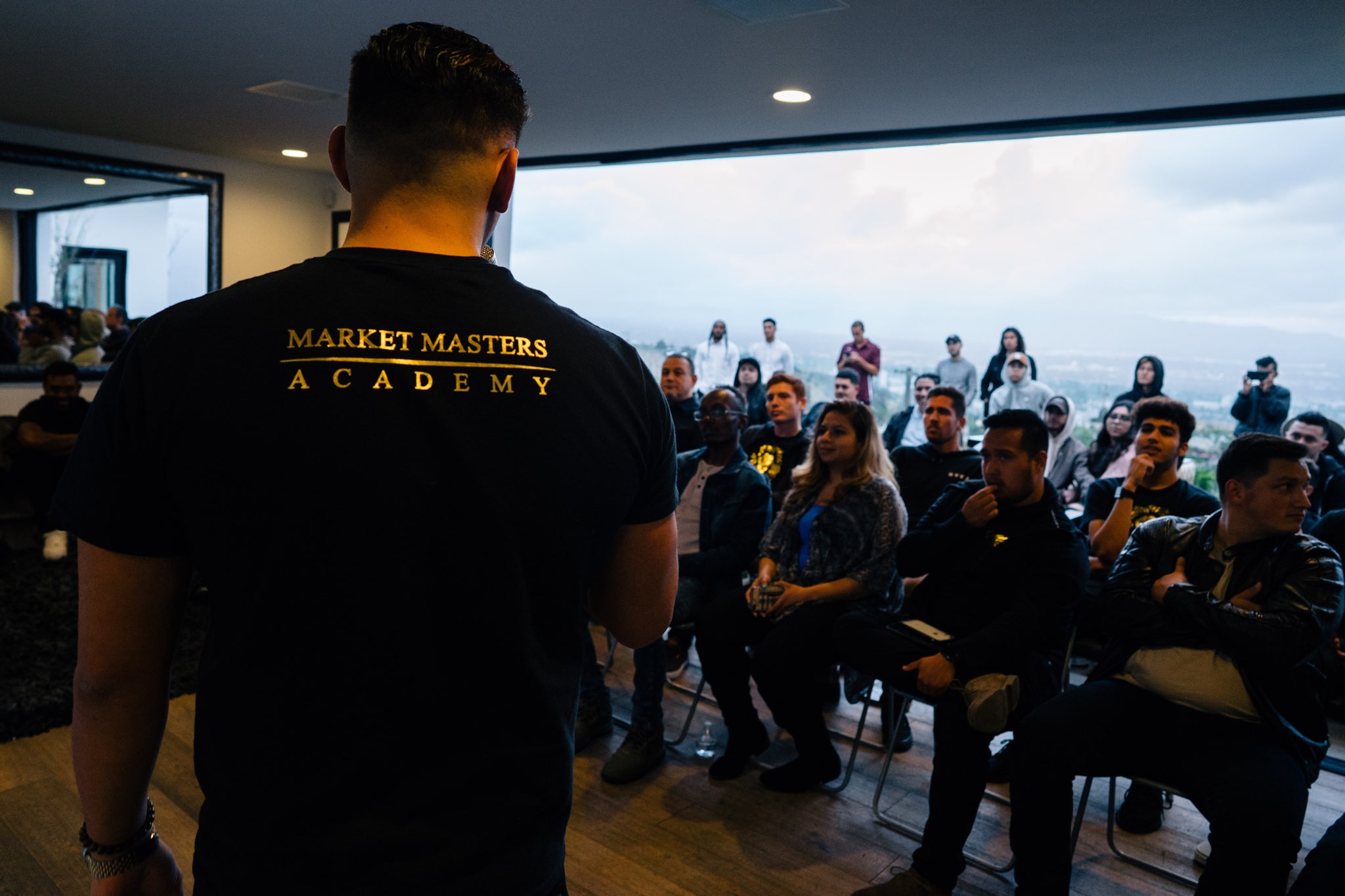 Ricky Andrade, 25, grew up in an impoverished area in Los Angeles. During his early days, he, as the oldest sibling looked after his family alongside his single mother as they all lived precariously, and struggled to make the ends meet. This wave of uncertainty also impeded his initial education as he hopped from one school to the other, maximally spending 2 years at one institution. Later he found his way to Orange County and studied at the Orange Coast College while working full-time as a Commercial Dishwasher Technician at the Auto Chlor Systems to sustain his day-to-day expenditure.

Consequently. while most people consider reaching 21 years of age a feat on its own, for Ricky Andrade this age was more than just being allowed to legally consume alcoholic beverages. It was on his 21st birthday, that his unfaltering resilience encouraged him to leave behind his ordinary life so he could set out for a life-altering expedition.

As he crossed two decades of living an unfulfilling life, he quit his job at the Auto Chlor System and started working at affiliate companies. He had low capital but high determination. He struggled and faltered multiple times but with unwavering resolve, he transformed every stumbling rock of his way into a stepping stone. During his time at the affiliate companies, he bartered his knowledge about affiliate marketing for knowledge about Forex Trading. And gradually led his way to becoming a household name in an industry that previously he had no knowledge about.

After constant trial and error, Andrade mastered the skills of Forex Trading and made his footing firm. He began earning $20k per day which escalated to even $100k per day at times. Soon he entered the millionaire club, created multiple successful businesses, and founded a training institution Market Masters Academy.

While reminiscing about his old days, Andrade recalls the time when he was infatuated with two luxury condos that he would encounter on his way to work and yearned to live in a building of that sort. Years of hard work and strategic thinking have transgressed that dream to a reality as he now owns and resides in one of them.

At Market Masters Academy, Andrade is ascertaining that incoming entrepreneurs do not have to experience the strenuous processes of trial and error as he once did hence he works closely with each individual as they navigate their way out of the 9-5 grind and into the world of Forex Trading. By sharing his life journey of how he conquered his way from the “bottom of the heap” to acquire tremendous success, Andrade inspires his students so they can realize their entrepreneurial dreams and are not intimidated by the thought of starting over. Apart from Forex Trading, Andrade’s expertise encompasses real estate and marketing as well. He has since been featured in Forbes, ABC7, Buzzfeed, Futuresharks, OnMoGul, Thrive, Entrepreneur, and many more.

Andrade believes in giving back to the community and in that spirit founded a nonprofit organization MotivPack – it stands for Motivational Backpacks. Here, they ensure that young students are provided with all the essential resources, both materials, and motivation, that they require to proceed towards success.

As a respite from the hectic life of Forex Trading, Andrade spends his spare time reading, boating, hiking, and traveling. He often derives amusement from car shows and holds an active membership in The Lamborghini Society.