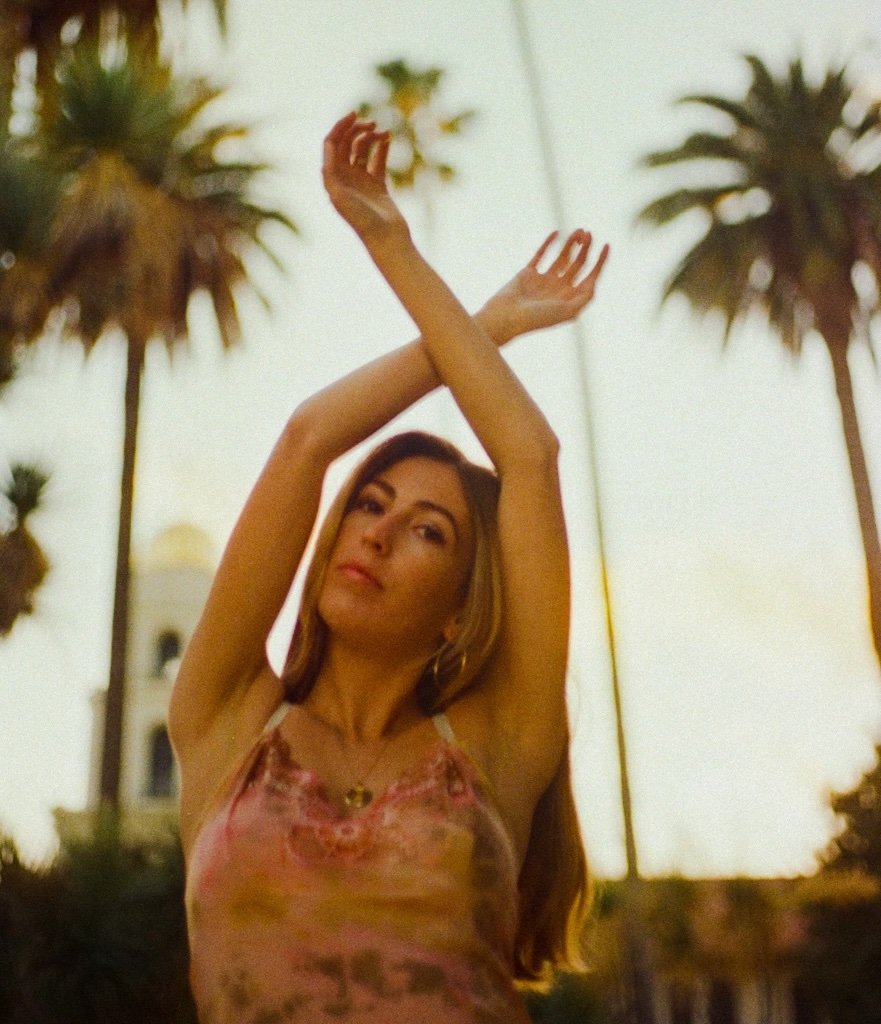 Opening with a bluesy, driving riff and kicking into high gear with searing, sultry vocals, Ali Angel’s newest single, “I’m a Ram” may be the perfect song for a cross country drive with all of the windows down and the volume up.

Released on February 4, 2022, the Al Green cover is one Angel and her band has enjoyed playing live for years. They decided it would be fun to record but didn’t have any initial grand plans for the single beyond that.

“We recorded it, but then we let it be for a while,” says Angel, “but I was listening to it months later and thought it was really good. It fit with the retro-soul sound on the EP.”

As Angel told News Channel Nebraska, “‘I’m a Ram’ has such a cool driving rhythm and such power to it. It’s given me a lot of freedom to be fierce vocally, which I love.”

That fierceness is on full display in a song that talks about pushing forward and getting close to that special someone no matter what.

The Ali Angel EP, which drops June 17, 2022, has a sound that is colored by Angel’s life experiences and her favorite musical influences.

“Sonically, I’m inspired by 70s music and 60’s music. There are so many different genres on this EP.” she says.

Connecting her writing and voice to the sonic tones of the past is front and center on the EP, even through a cover tune like “I’m a Ram”. Angel’s distinctive soul-tinged voice soars through the cover tune. Additional tracks like “Extra Wild” are more Motown influenced, while “Middle Name” harkens back to a pre-punk Talking Heads vibe. Hopping forward several decades in rock-and-roll history, Angel brings an alt-rock Green Day sound to “Beck and Call.”

“I wanted to incorporate all of my styles into one EP. I wanted it to all fit,” says Angel, “I wanted to tell stories where you could hear the influences.”

Angel grew up in LA, and the Malibu feel colors her songwriting. She’s delved into a myriad of ideas in her lyrics for this release. “Middle Name” dives into the idea of obsessing over a person you’ve only been seeing for a short time. You can’t stop thinking about them, but you know very little about them (including their middle name). The ideas of falling in love for the first time, the vulnerability of heartbreak, and the sweetness of experience are also explored. Everyday experiences also get the musical treatment, including a song about a toxic friendship. The west coast sensibility and sentiment weave their way through every track.

“A lot of the EP is very daydreamy, the imagining of hideaways, getaways, playing pretend, perpetual golden hour,” says Angel.

After the release of “I’m a Ram” on February 4th, two more singles (“Middle Name” and “Loving You Lately”) and a music video for “Middle Name” will be coming pre-EP release. The “Middle Name” video has a film noir/old detective movie feel. Upon the full EP release in June, Angel hopes to hit the road with her set of soulful songs, bringing shows outside of LA to San Diego, Palm Springs, Santa Barbara, and further up the California coast.

If the overall vibe of “I’m a Ram” is any indication, the self-titled Ali Angel EP may be perfectly poised to be the ultimate summer release for romance, daydreaming, and getaways.