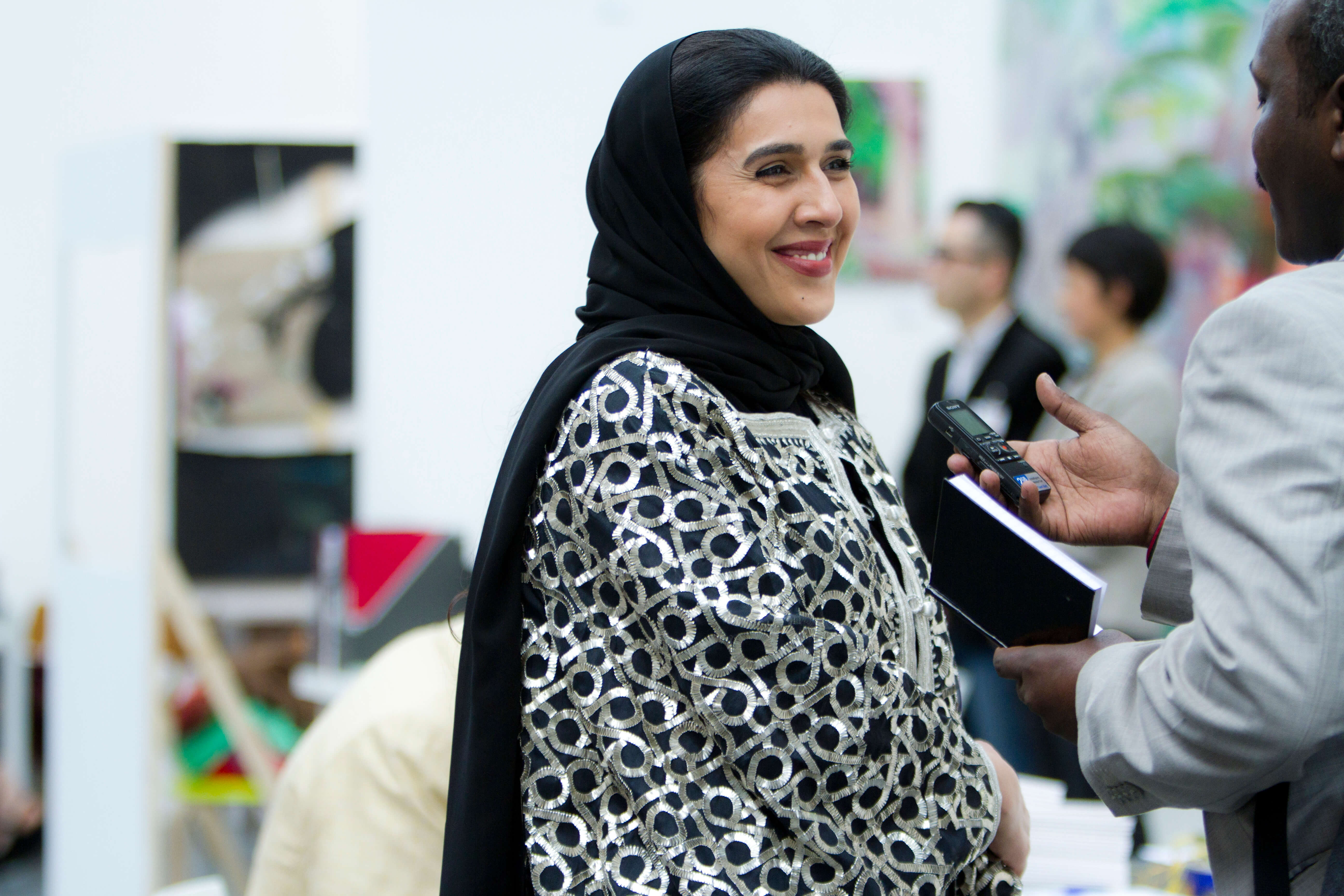 In life, one truly has just two options. Sink or swim. Most would like to think they would swim and yet most end up sinking, stuck in a place they never really intended to be. After being trapped by societal standards and traditions, contemporary artist Fatma Al Shebani chose to swim. With that choice, she placed herself in society’s line of fire and opened herself up to the art world’s criticism. She rebelled, broke barriers, and made a name for herself.

For over 15 years she has reached people across the world with her art. From Qatar to the Western world and to Palestine, there remains little doubt that she has left a significant impact and solidified her place in the art world. The unique style and voice behind her paintings and sculptures have allowed her to stand out. Every piece she creates retains a piece of herself through the story she aims to construct. Still, much like anything worthwhile, she traveled a long and winding road to accomplish all that she has.

Art always constituted a major part of Shebani’s life. From a young age, she painted and wrote poetry. Her pursuit of higher education at Qatar University also centered around art. Shebani claims that her studying art at university was a pure coincidence, but it nevertheless demonstrates her deep connection with the craft. Art was, perhaps, ingrained in her. The need to create has seemingly always flowed through her veins and intertwined with her soul. Even without consciously deciding to pursue a career as a professional artist, Shebani found herself drawn to the creation of art.

As time went on, Shebani’s life took slight detours. She married and started a family. Shebani had no intention of becoming an artist, but she still created and joined group exhibitions. Her separation from her husband in 2003 pushed her to rediscover herself and recalibrate her professional goals. After attaining freedom and deciding to pursue this creative passion, in spite of the views of those around her, she began to truly shine and find her voice. She separated herself from the crowd and carved out a space in which she now expresses herself, however she pleases.

Every artist has a start, Fatma Al Shebani’s journey –  like many– began with painting. Now, she is well known for her metal work and sculptures, pieces that bridge traditional and modern Qatari culture. Her paintings, however, from her own perspective hold equal weight in her portfolio. Shebani’s paintings are often seen as unconventional. She broke the rules of art much like she broke the many conventions placed on her by society. Through painting, she explores the abstract, while also experimenting with color and texture. She allows her free spirit and curiosity to guide her in creating, which results in dynamic pieces that captivate audiences as they carefully explore every inch of the canvas. Her sculptures tell a story, but her paintings reveal layers of her ‘true self’.

In every one of Shebani’s paintings, it is difficult to know exactly where to look first. The paint itself acts to guide the viewer, drawing their eyes to certain parts as though they move through a world of Shebani’s creation. The broad range of colors used in each piece only adds to the creation. Often, the color schemes she employs consist of gentle hues, both warm and cool, but, on occasion, her work makes use of bright, eye-catching, contrasted colors. Shebani demonstrates breadth solely through the many different color combinations she utilizes. Her experimentation with color reflects her own constant personal evolution and willingness to embrace change. Every piece is different and reflects a different aspect of her identity.

Like color, texture and dimension play a major role in her painting process. When one thinks of paintings on canvas it can be difficult to imagine anything other than a 2D piece of art. Shebani breaks that boundary through exaggerated texture. There is a certain depth and physicality to the art she creates. Once again, she shifts from typical conventions in order to bring something new to her audience. She does not shy away from being different and creating something ‘unusual’. Instead, she embraces her defiant nature, going against the grain and doing so masterfully

Shebani once floated idly, slowly sinking into a life that never suited her. Eventually, she dived deep into the oceans of the art world and took control of her narrative. Her start was slow, but once she recognized her true calling, her art began to shine in new and exciting ways. At first glance, her abstract art may seem purely aesthetic in value, however, when one takes into consideration the personality behind the work, the disparate dimensions of the artist become apparent.