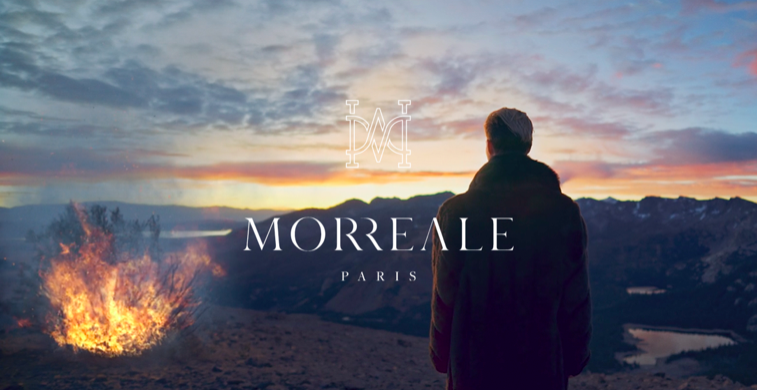 In the United States, and all around the world, we’re all fascinated by luxury brands and you probably think you know all of them. But the most famous ones aren’t always the most exclusives and today we’re looking into the fascinating international growth of French luxury house Morreale Paris, projected to become one of the main newcomers of the next few years, joining New York based Khaite on the list of the most anticipated labels of 2021

The discreet Parisian label is known to have been around for hundreds of years in Europe working only with royal dynasties before relaunching worldwide in 2018 after its mysterious founder Jean Pierre Morreale, had a dream where his ancestor told him it was time to open the brand to the rest of the world.

The following year, the French company launched their first perfumes for her and for him just before shocking the internet by introducing the most expensive fragrance in the world, Le Monde sur Mesure (sold for $1.8M the same year to an anonymous buyer after a secret exhibit in Los Angeles.

Adding to the hype, Morreale Paris’ owner and creator, Jean Pierre Morreale, who was described in the press as a « cryptic figure » is known for being one of the most private personalities in the business. Notorious for attending anonymously events of his own company and for his personal relationships with royals and Hollywood A-listers.

The French label released two introductory campaigns in 2018 and 2020 featuring actress Logan Polish and runaway models Connor and Max Haddadin before selling out of all products almost immediately in the United States instantly picking the interest of the US luxury market while promising restock before the end of the year along with the launch of new products.

Business wise, if the young label keeps drawing interest from its US customer base and is able to maintain the exponential growth they’ve been generating over the past two years… there’s a new kid in luxury town and you should probably stay very attentive for Morreale Paris’ IPO because it might be the best deal of the decade.

We are avidly waiting for their 2021 campaign that might integrate runaways according to a source close to the brand and we are ready for some new epic cinematography and stories like only Morreale Paris can do!

If you haven’t heard of Morreale Paris yet, go discover their website at www.morrealeparis.com

Our favorite fragrances are Heritage for ladies and Meridian for gentlemen.

Pavilion is the Needed Value Addition to Your Home Space