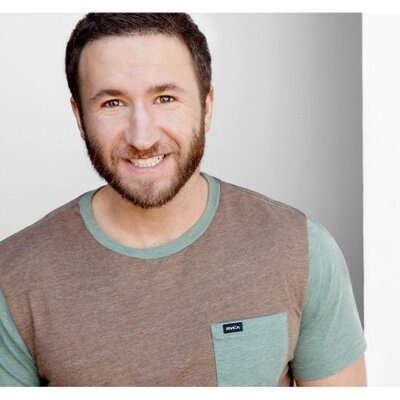 The word entrepreneur means “the one who bears the risk.” It’s en vogue these days to be an entrepreneur, or at least to call yourself one. But very few are willing to put in the time, energy, and sacrifice required to live the entrepreneurial lifestyle and to make their dreams come to life.

Becoming an entrepreneur in the entertainment industry is especially difficult. Not only do you have to have a desire to create something that people want, namely, your ability to perform and produce great art, but you will often have to master a complicated maze of networks, bureaucracy, politics, and unspoken rules as well. It can be nightmarish, exhausting, and simply soul crushing. And for most who try, it is.

Ben Stranahan is an artist of the highest order. He’s carefully crafted a brand as a performer, actor, musician, producer, fitness enthusiast and so much more, consistently creating quality work year in and year out and landing production and acting roles at the highest level. He’s a regular feature for festival rollouts, and is no stranger to the Thespian world as well.

Ben explains, “We can and must change the world for the better and teach people through the arts and the many facets of storytelling.”

Ben has produced for and worked with actors such as Neve Campbell, Bill Paxton, Imogen Poots, Jack Lowden, Alex Wolff, Keir Gilchrist and many more.

As his website and IMDB describes, “He has an electric energy that is injected into every role and is known to be a Director’s actor, working with the people around him to bring out the most compelling and dynamic characters. Ben belongs on the stage and in front of the camera, feeling at home with other artists and performers.”

In the TV landscape, Ben has produced the smart anthology series The Midnight Anthology starring Clancy Brown. The pilot premiered at the New York Television Festival in 2015 and won both the Artistic Achievement and Best Director awards at the festival. Ben and the The Midnight Anthology team are in development on the remaining episodes of the series.

Ben’s biography further explains, “Ben, an Aspen, Colorado native who was raised by inspiring and creative parents, found himself at a young age gripped by a lifelong passion for the arts. Ben quotes something Richard Linklater say in an interview that has stuck with him: “People who ask me why I make films don’t understand that it’s not a choice. Painters paint, filmmakers make films.”

Being a filmmaker is part of who Ben is as much as anything else. He’s equally skilled on both sides of the camera, with lead roles in such films as Adam Levins Population Zero and Andrew Chan’s award winning anthology series, The Midnight Anthology, starring Clancy Brown . As a seasoned producer, Ben has produced many feature films including Mean Dreams starring Bill Paxton, Sophie Nélisse, Josh Wiggins and Colm Feore, which premiered in 2016 in the Directors Fortnight at Cannes and as a Special Presentation at TIFF. Mean Dreams went on to be sold into over 50 countries and have theatrical releases in over 10 territories. He’s also produced the genre-bending psychological thriller Population Zero that’s been critically lauded around the world and produced the thriller Calibre, which was released on Netflix in 2018 and was nominated for 4 BAFTA awards, winning one for Best Actor – Jack Lowden. (www.benstranahan.com)

His most recent production work was Castle in the Ground, starring Imogen Potts, Neve Campbell and Alex Wolff, Which premiered at TIFF and SXSW. (BenStranahan.com)

Learn more about Ben’s incredible career and work at www.benstranahan.com

How Tim Da Jeweler Became the go to Jeweler

What Every Celebrity Should Aspire to Be: Manisha Dass