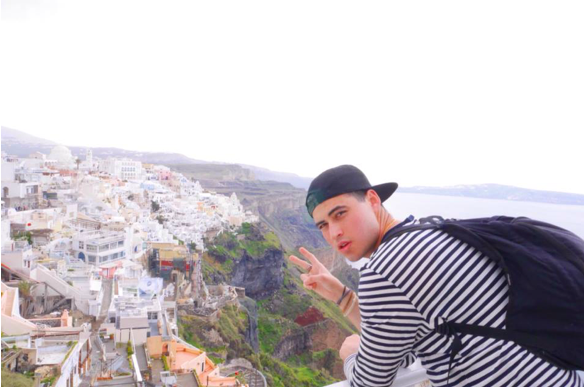 Troy Bronson, an ace photographer and a person manifesting his creativity in several fields, including music, now has created his own special aura as a location scout. He has emerged as a successful international location scout offering the production team his valuable services to make the film’s vision to life. As a location scout, Troy trots the globe to select the suitable spot or location that would fit exactly with the scenes of the plot of the story for films. Troy is particularly known for very good search on locations across the globe that fits totally with the theme and script of films, television shows, and commercial advertisements.

Troy had been into photography and travelling from an early age. This has greatly helped him understand the specialities of different places, many cultures, people of different ethnicity, and the history of various regions. As a result, it hardly takes him any time to identify the place for location scouting. His travel to different places has enabled him to find solutions to location scouting in the shortest possible time. Being an ace photographer, Troy can also know which spot would suit which plot be it a commercial, a regular film, or a television serial.

Troy is today a globally sought-after person for location scouting as he can very aptly preview overall aesthetics, financial aspects of shooting, scenic impact on photography, matching with the theme with total perfection, and all other aspects of shooting. We know if the location scouting is not properly, the whole shooting would fail. Troy most excellently links the theme or plot of the story with the location. As a result, the element of realism reflects most perfectly in such locations selected by him.

As a location scout, the importance of Troy can be fathomed from the fact that he worked for Bastien Dubois, the Oscar-nominated French Director of the famous animated film Madagascar. Interestingly, Troy debuted in the field of location scouting working for him for the first time. Troy is particularly talented as far as matching locations with the flow of storytelling be it for a documentary, a film, a song album, or a commercial advertisement. He brings reality into the shoot with total perfection of plot and spot. He successfully roamed across 34 countries as a location scout, which has sharpened his skills even more in this particular creative genre. Location scouting is an extremely creative job for which deep knowledge on matching the plot, story, and song-scenes of television serials, music albums, films, and advertisements is needed. Troy’s immense creative skills and abilities have truly made him a versatile artist par excellence.