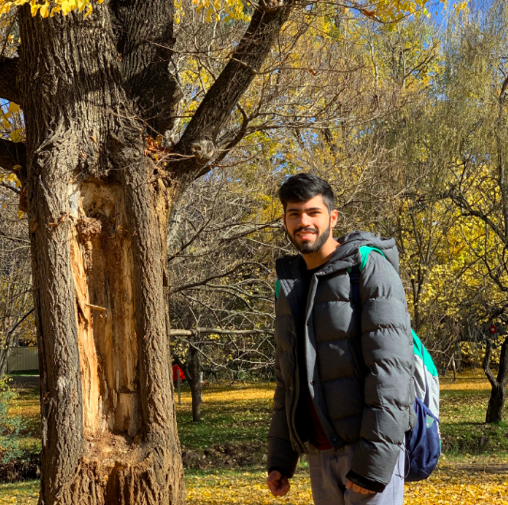 Books are the path to personal freedom.

We have all heard it before, and truth be told; only those who fully understand what books are capable of know that these statements are actually true. There is only a small population who knows that even though books are crafted from words of black and white, they have the power of making and breaking worlds. Through reading, a person is able to find himself lost, yet found, in a world that is seemingly unreal, but is fully existential in the reader’s head.

Probably one of the reasons why people who read commit themselves to read forever is because of the diversity they find in genres. Horror, sci-fi, mystery, thriller, romance, war fiction, travel guides, memoirs, biographies, the list of how “many types of books” is endless!

Thankfully, there are brilliant authors who realize that the most important about penning down a book is the ignition of the connection between the book and its reader.

The Vision and A Himalayan Voyage are two spectacularly created books that completely check off the engagement, connection, and diverse frontiers. And it is all thanks to the mastermind, Uday Sadhwani!

Published on June 20, 2017, Vision is Uday Sadhwani’s finest works, which was published by Notion Press. The book is a collection of poetry on life, nature, and a combination of the two, which was authored by Sadhwani when he was just 20!

From the journey of a man who starts his life by struggling and how he goes through various stages in life, the poetry beautifully captures every stance, move, and event that the individual has to face throughout the phases of life. It also provides a deep insight into how a person’s mind works along with his actions and the emotional experience he experiences in every situation. The poetry also contrasts two of the world’s most powerful sources; the brain and nature, and how a person envisions his life through a combination of both.

Published on April 30, 2020, A Himalayan Voyage is a personal book that narrates the tale of Uday Sadhwani’s adventures in the Himalayas.

Living in one of the most dangerous roads in all of Himalayas, Uday Sadhwani offers a first-hand experience in the book, where he ventures high in the Himalayas. Uday Sadhwani resides in the three most elevated villages of Himalayas, and the book provides a record of all the experiences that the author went through, exploring, and having the time of his life in the unprecedented spots. The book perfectly encapsulates the author’s experience of urban life.

The book further discusses his excursions, experiences, and a portion of his most intriguing minutes in the Himalayas. In the end, the book discusses the authors’ companions whom he lost mysteriously while trekking in the tricky mountains.

A Himalaya Voyage was also featured in the Amazon Bestsellers (Top 100) in the Travel Section.

Uday Sadhwani was born on October 28, 1996, in New Delhi, India. He was a high schooler at the Amity International School. He grew interested in writing when he was in school, where his friends would encourage him to make Hindi rhymes in different situations and on teachers.

His love for writing bloomed more when he was working as a writer in a media company named ‘Quirkybyte’ in India.

Currently, he is pursuing his Masters from RMIT University, Australia. Apart from being a writer, he is a cricketer and plays for his college!