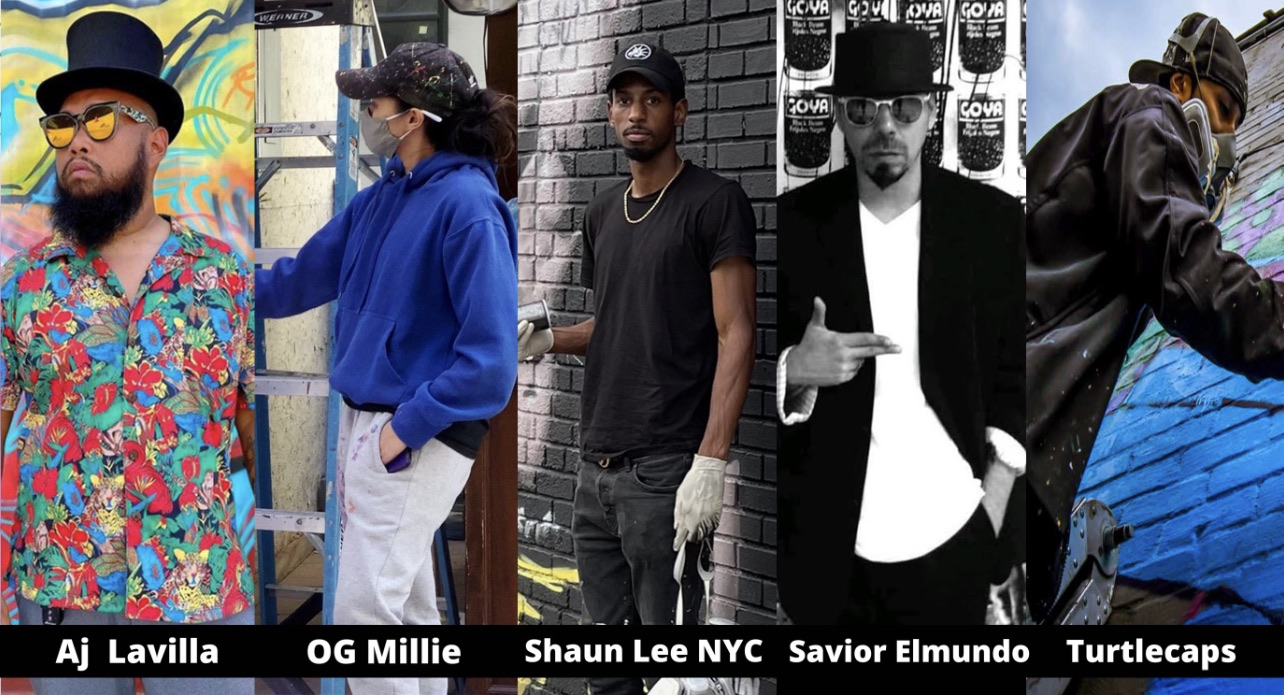 Queens is probably one of the most under-discovered places in New York. It is usually known by sports fans all over the world because of the Flushing Meadows Corona Park, home of the annual US Open tennis championship. As well as Citi Field which is another sports complex, situated in the Park. But most people are unaware that Queens is also home to many great, emerging artists.

Some of these talented artists in Queens are mentioned below:

Born in Iloilo, Philippines, AJ Lavilla is a self-taught artist, currently based in Queens, New York. He was introduced to art at the age of eleven and learned a great deal by observing the works of his favorite artists which include Picasso, Murakami, Basquiat, and KAWS.

AJ Lavilla’s main interest is in street art and graffiti. His work is unique in the sense that he uses pop culture icons and vivid colors to bring his art to life. He is also known for the use of inspirational quotes in his work. The Queens artist has graced many walls of New York with his murals, including the World Trade Center.

Kamille Ejerta, known more popularly by her street name OG Millie is another Filipino American artist. The New York artist is widely known for the amazing art that she creates despite being visually impaired. Art became her safe escape after she suffered a vision-threatening emergency.

Her art can be easily identified in a sea of paintings because of its uniqueness. She uses vintage decorative mirrors as a canvas to paint portraits with acrylic paint. She is also a mural artist and her work can be seen on walls throughout New York. Her paintings are an embodiment of old school meets new school. OG Millie’s art focuses on colorful portraits of iconic figures.

Shaun Lee NYC one of the most talented artists from Queens, New York. Specializing in a broad style thats unique enough to distinguish. He started developing his art career at a very young age, which prompted him to participate in many programs since a child. He has showcased work in art shows all around the world, from Paris, to Quebec, and Montreal. To residences in New York Cities night clubs such as the Freehold NY.

The Queens artist is widely known for his unique art style which includes unique shades of red in majority of his canvases. However diverse in his mediums with ability to control a spray-can like a brush. He currently has murals displayed in the heart of Queens and has plans to create many more. His artwork is popular for converting traditional art ideas into contemporary pieces.

Savior Elmundo is a New York artist, dancer, and filmmaker. He is well known for the 3-D letter work that he started experimenting with, in 2015. Since then, the 3-D letters have become his trademark. His art icons include Dali, Picasso, Andy Warhol, Matisse, and Frida.

Elmundo loves playing with different textures and he does a lot of message work. His art can also be identified by his logo, ‘Make Art’. According to him, his logo represents all forms of art and is a simple way of reminding people to make art.

Turtlecaps is a Queens-born graffiti artist. He started practicing his art in the late 1980s by drawing on streets, train tracks, etc. True to his name, Turtlecaps, his main character is that of a turtle.

This character is made up of a turtle shell, with Mickey mouse shoes, a spray can cap for a head, and a wind-up key at the back. The Queens artist spends his time painting murals of his representative character on the streets of New York, with various adaptations.