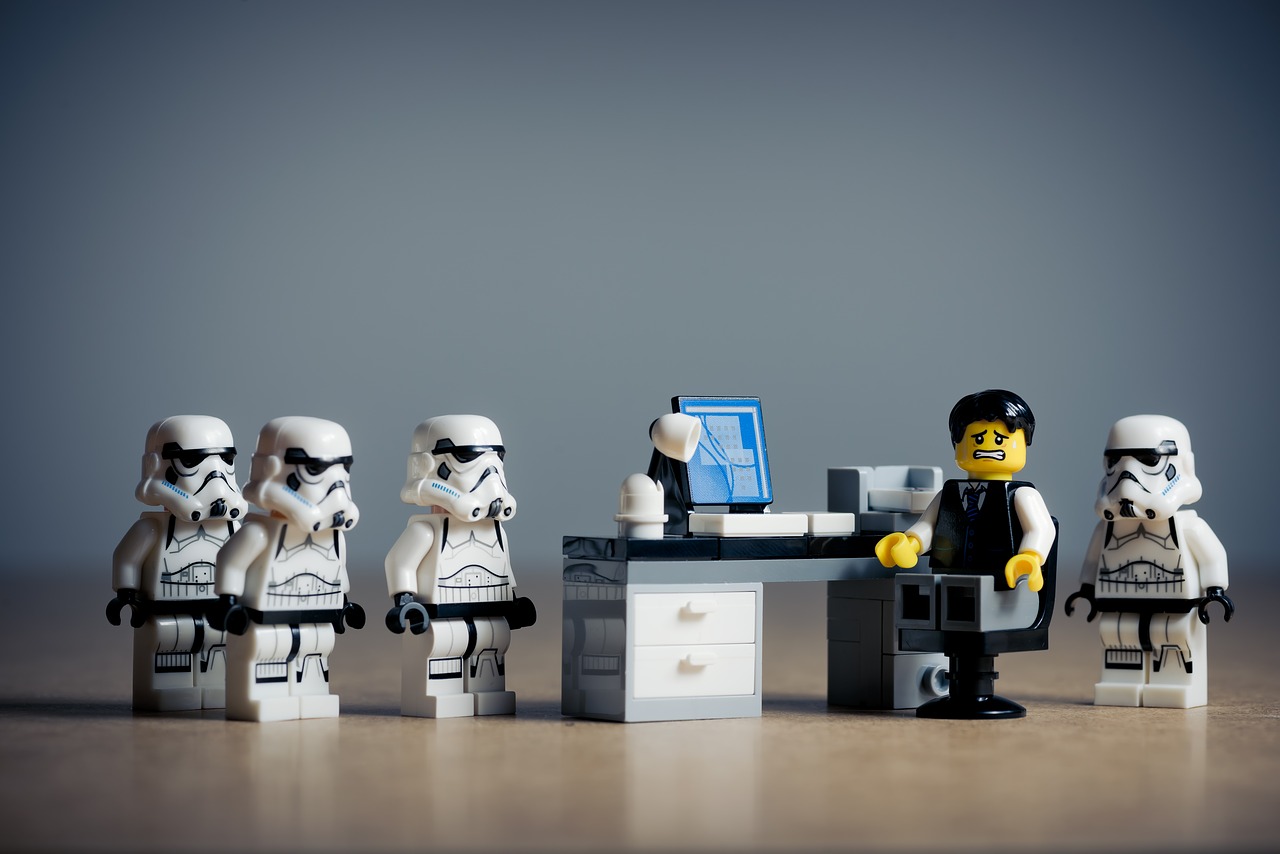 Complaints are a rural part of life that we can rarely ignore completely. People are not always going to be happy with your service and there are always going to be picky individuals who search desperately for something to pick fault with at every turn. It’s not whether you get complaints or not that defines how successful a business is; it’s how you deal with customer complaints.

So, we’ve put together a few top tips to help you organise all complaints with a level head. Because just one bad review can cause a chain reaction these days that will have a significant impact on your business if you’re not ready to do a little damage control.

Keep calm – You have every right to be defensive over your business and your brand but this defensiveness, if it’s allowed to reveal itself, can have negative consequences. With every complaint, ensure that you remain calm and listen to what they are saying in as detached a fashion as possible.  It helps to put yourself in their situation and see the problem from their perspective, even though we realise this might be difficult to do!

Acknowledge the problem – It’s likely that the customer problem might seem petty or simply wrong to you but it’s important that you make them feel you’re taking them seriously. By allowing them to vent their frustrations and get their problems off their chest you’ll not only allow them a certain amount of catharsis but you’ll let them feel like they’re being heard.  Never tell the customer they are wrong, even when they are!

Offer solutions – The only way you’re going to solve customer complaints is if you’re able to offer legitimate solutions. Having a list of common problems and common solutions to hand at all times will certainly help but you also have to learn to be flexible and be able to think outside the box. Not every complaint is going to conform to the same template, after all.

Have a procedure in place – An efficient customer complaints procedure is one of the first processes you should put in place and is a process that all employees should be made aware of. Information often gets lost in translation over the phone, so we’d recommend investing in a Response Tap call tracking solution which will allow you to determine customer intent  and direct them to the right department without missing a trick.

Keep it informal – If possible, try to keep things as informal as possible and avoid things escalating to a formal complaint. If you need to hand out refunds, vouchers and/or apologies then so be it as this is often far more cost-effective than going through the formal complaints process.

Insight is a Resource: Why Sean Brown Likes Investing in Experts

Moldovan-born beauty Berite Labelle has shed her chrysalis to emerge as an actor and writer.

For several years, Berite has deconstructed, redefined, and developed her modeling skills into techniques fit for an A-list actor.

The path from the catwalk to the film set is a walk of fame mastered by Hollywood legends including Grace Kelly, Nicole Kidman, and Noémie Lenoir. Naomi Campbell successfully transitioned to the small screen as an actor and performed brilliant comedy roles spoofing herself with perfect timing and delivery. Former model and Emmy Award winner Tyra Banks turned to acting and hosted her eponymous chat show. She also birthed an industry from her modeling career and today has a net worth of $90million.

Berite’s passion for communication is at the core of her acting and writing ambitions. She aims for both movies and the stage.

Already established as a successful model in Europe, Berite’s vertical performance started in 2019 when she participated in the World Championship of Performing Arts competition in Long Beach, California. She entered the Spoken Model category and claimed first place. Propelled by her competitive success, she went on to study acting at the New York Film Academy on a partial scholarship. She also competed in dramatics and comic monologues performances in Los Angeles.

During her modeling career, she showcased luxury brands including La Perla and France’s Aubade lingerie house at The Four Seasons Hotel – Geneva, and luxury jeweler Faberge. She also walked the runway for Tiffany’s fashion week in Paris and represented hair giant Toni & Guy.

“At the same time as modeling, I joined a small theatrical company in Switzerland. I decided that it was my mission to become an actor. As well as working with the theatre company, I set about teaching myself English. Communication is key in acting, and the more languages you can communicate in, the better.”

Berite has acted in music videos and is working on a project where she serves two different roles of important historical women: the last Egyptian Ptolemaic queen Cleopatra and the Victorian English writer Mary Wollstonecraft. Berite is also writing scripts.

“I love communicating in different languages, as shown by competing in California. Today my overarching professional desire is about expression and interchange. I am inspired to communicate as an actor on a deep emotional level. To tell a story non-verbally,” says Berite.

“Acting demands a high level of emotional intelligence that is outward-facing and creative, but you also need to be able to run a business. As an entrepreneur, I am the founder and CEO of my entertainment company – Berite Labelle.”

It is hardly surprising that Berite pivoted toward acting. Adaptation and learning new cultures are hallmarks of her childhood. Born in the tiny former Soviet country of Moldova in Eastern Europe, Berite traveled the world with her Chadian father, who worked for the United Nations. Constant traveling meant new schools, cultures, and languages. Berite thrived until her father died when she was 14 years old. Her family decided to send the teenager to school in Paris, where she fell into bad company.

It took three years for the young woman to determine that she was the only person empowered to change her life. It was an epiphany that changed the course of her life, and she walked away from the shady side of teenage years. At 17 years old, Berite enrolled in a diploma course studying commerce to set a positive direction. As part of her education, she landed an internship with the exclusive Swiss watchmaker and jeweler -Bucherer est 1880. During this time, the young woman understood that her way forward was to become a model. She immersed herself in a sophisticated and creative life.

It was not the first time Berite considered modeling as a career. As a child, a colleague of her father predicted the little girl would become a model. The prophecy triggered Bertie’s lifelong love of fashion, and the little girl’s favorite entertainment was watching Fashion TV. She also took up ballet, which helped her modeling career bloom.

To this day, the entrepreneur continues to dance as both a way to express her creative energy, de-stress, and maintain her physical form. She has also performed in music videos.

Indeed, a successful modeling career requires strict discipline and self-care – two covenants are a must for a career as an actor.

“It is essential to stay in shape, so I still dance, and I also enjoy going hiking, and I practice yoga. Drinking plenty of water is great for your skin, and I have a routine for sleeping and looking after myself,” Berite explains.

“Selfcare is as much of a priority as self-love. When you develop your routine and perform it faithfully, you learn how to love yourself and properly care for yourself. Confidence is important in the world of entertainment. To take good care of others and to love them authentically, you must feel good about yourself. It helps if you never forget about your own needs and feelings,” she says.

Berite is a great believer in reading for pleasure as self-care; “reading scripts, books and work-related material counts as self-care.”

Given that Berite is often exploring another person’s character, working on mastering accents, or running her business, she likes to check out of her dynamic workspace through meditation. She has also discovered a rich vein of joy by continuing her education with online acting courses with Acting Center in Los Angeles.

The final thread of Berite’s self-care regime is twice weekly hair and face masks, which she believes are well-earned breaks from a fully engaged life.