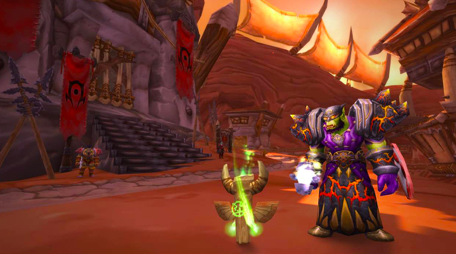 World of Warcraft Classic is all set to release on August 27, 2019. Since it was first announced, fans all over the world have been eagerly waiting to get their hands on this game. Through it, they will be able to enjoy everything that was in the game since it was first released. They will even get the chance to purchase some exciting new items using WoW Classic Gold. Here is the best place to buy WoW Classic gold.

As World of Warcraft Classic is going to feature enhanced graphics and all amazing features from the original game, many players believe that it will be a huge success. However, there are still some things which Blizzard should improve before they launch the game.

Let Players Decide What They Want

There have been times when many developers have failed to make their game a success because of only one reason; that is not listening to players. Developers such as EA have shown how beneficial it can be to just listen to players and add what they want in the game.

Considering managing Word of Warcraft Classic isn’t going to be a difficult task for Blizzard Entertainment, they should introduce a voting system through which players will be able to vote for the features they want. This way, they will avoid adding unnecessary things that can make players stop playing the game.

For those who don’t know, World of Warcraft players actually have to pay a subscription fee every month in order to play the game. Instead of allowing them to buy the game entirely at once, Blizzard decided to introduce the subscription system through which players can pay for either one, three, six or more months at once.

Keep on Improving the Graphics

In this era of gaming, players are always asking for better graphics. The World of War Classic is confirmed to offer enhanced graphics and improved gameplay, but we all know there is still some room for improvement. And while graphics aren’t a top priority for an MMORPG game, Blizzard Entertainment should still consider improving the graphics from time to time.

Burning Crusade Should Be Added

If you don’t already know, the World of Warcraft Classic is a vanilla version of the original World of Warcraft. The upcoming classic version is going to be based on the 1.12 update, which was titled as “Drums of War.” Unfortunately, the Burning Crusade update that was appreciated by many players went live after update 1.12. 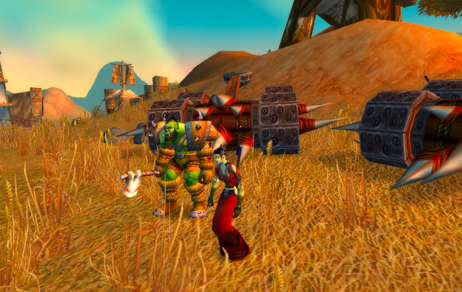 This basically means that players won’t get the chance to enjoy the content of the Burning Crusade in World of War Classic. However, Blizzard Entertainment should consider adding it since the content it featured, including new characters, is something which can help them attract even more players towards the classic version.

The World of Warcraft Classic is going to feature a level cap of only 40, which is low for many players. Many fans think that it will be wise to increase it to at least level 60. The Burning Crusade can also solve this issue as it increased the level cap to 70 in World of Warcraft when it was released.

If the level cap is only 40, then players might start getting bored soon. Either Blizzard should increase the level cap before releasing the game or do it sometime in the future through an update.

Players are always in favor of playing more modes. Blizzard should consider adding more PVP modes to World of War Classic if they want to make their game a success. There are some PVP modes already available in the classic version, but they are limited. Besides, adding more PVP modes shouldn’t be a big problem for the developers and it will also result in many positive things for the game.

With that being said, all we can do is wait until August 27 to see whether the developers have decided to make any changes and improvements to the game or not. Even if players don’t see any of these changes in World of Warcraft Classic upon its release, they shouldn’t feel disappointed as Blizzard might introduce them in the future through various updates.

Three Benefits of the Latest Point of Sale Solutions

How to Choose the Best Replacement Windows