Kuba Bogaczyński is well-traveled, but you will almost always find him at the intersection of creative ideation, interaction design, and visual communication. He’s on a never-ending mission to create engaging narratives, intuitive experiences, and bespoke visual systems, and his latest endeavors have him leading the team at interactive agency Wildebeest across the grasslands to drink from the digital marketing stream.

An industrial shift in marketing now requires a holistic expertise that connects creative, technology, and business. Los Angeles-based Wildebeest has a team of cross-functional industry veterans that spans multiple continents and serves businesses all over the world. Still, the agency manages to be hands-on, its leadership team often personally taking the reigns in being a full-service digital partner for brands ready to win through design thinking and agile product development. Its clients seek a competitive advantage that only a creative alignment of design and technology can provide.

For many years, Bogaczyński worked with the Wildebeest team as a freelance Designer and Art Director. He was recently brought on full-time to lead the Wildebeest creative team expansion as the boutique agency increases its global footprint.

Working with global brands is something with which the award-winning creative director is very familiar, as he has worked with innovative brands and creative leaders across four continents. His experience goes beyond the traditional digital marketing skill set, that many in his position have. After 15 years at agencies like Jam3, DDB, Unit9, Resn, and Publicis, Bogaczyński spent two years designing complex interactive narratives for global digital entertainment companies like Sony Interactive Entertainment’s PlayStation®. He also left his mark at Adobe, Google, HBO, IKEA, Marvel, Spotify, Starbucks, and more.

His vast experience offers a fresh perspective on harmonizing interactive design and technology to help Wildebeest lead brands into a new era of digital clarity.

Over the last seven years, the agency helped Microsoft impress at E3, gave Google a real-time competitive advantage in March Madness, helped Kelley Blue Book use augmented reality (AR) to standardize vehicle appraisals, and brought artificial intelligence (AI) into the driver’s seat at General Motors. Most recently Wildebeest helped Cheetos win the Super Bowl and a Grand Prix at Cannes (“Can’t Touch This” Cheetos Popcorn) with its AR Cheetle Detector, and also helped the company give back to Hispanic communities with Bad Bunny in phase two of the project.

Bogaczyński’s work has been featured in Adweek, The Guardian, Fast Company, and Wired, and was recognized by Cannes Lions Festival of Creativity, The One Show, and Webby Awards among others. His projects have earned over 20 FWAs and were nominated for Awwwards Site of the Year 3 times in a row. He currently serves as an FWA Juror.

Learn more about Wildebeest on their website and keep up with their groundbreaking work on LinkedIn.

Working from home – Avail the benefits of Online Whiteboard

Types Of Earrings Every Woman Must Have

Why Healing Yourself is the Gateway to Helping Your Clients Heal 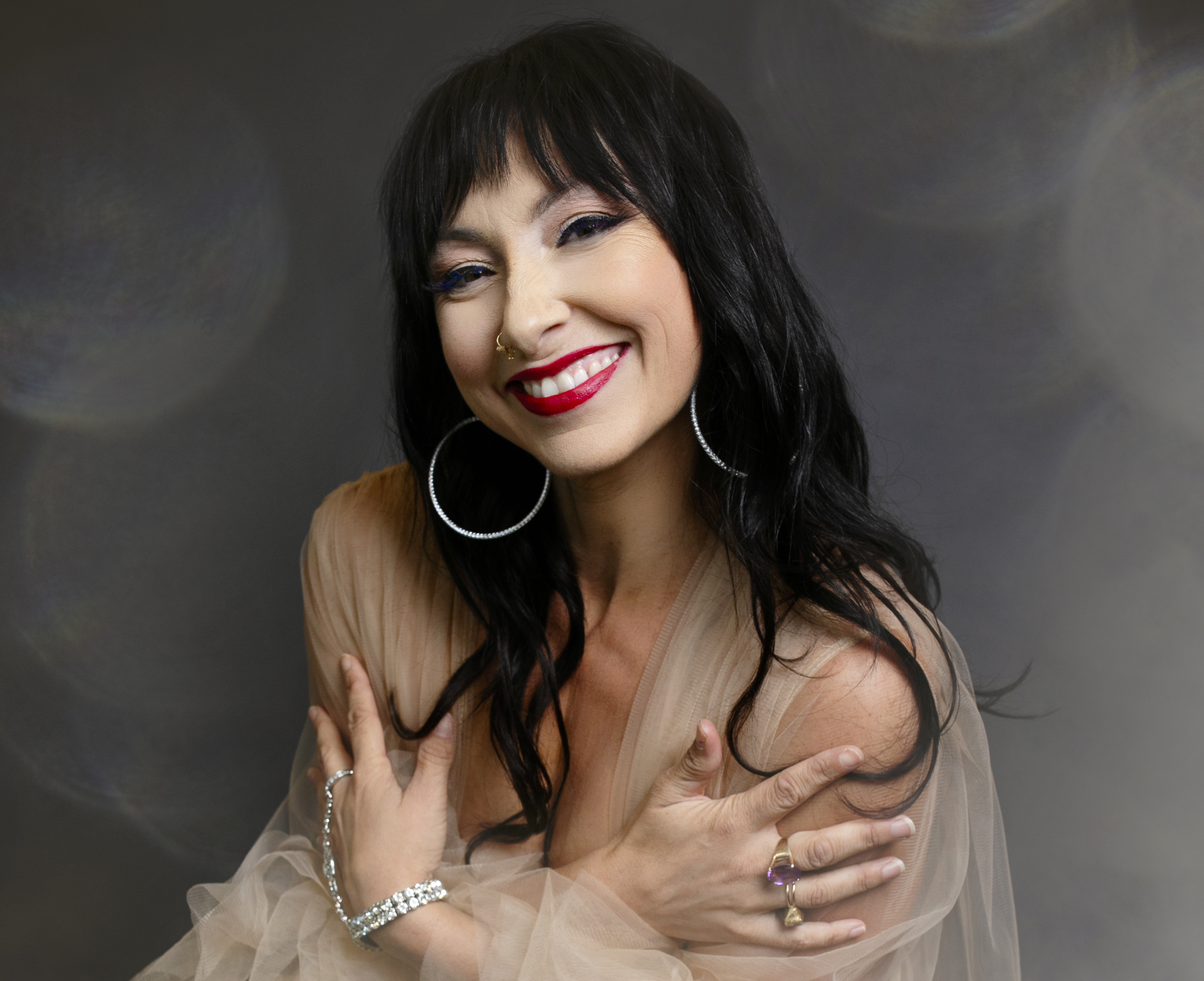 In an old play based on Greek mythology, there’s a poignant chorus that talks about how physicians should best know how to heal their own illnesses. It goes like this:

“You have suffered sorrow and humiliation. You have lost your wits and have gone astray; and, like an unskilled doctor, fallen ill. You lose heart and cannot discover by which remedies to cure your own disease.”

In the olden days, society shared a strong notion that those who are capable of helping others to heal must be capable of healing themselves as well. Today, people might be the same. Not many are so inclined to see a skin specialist whose skin suffers terribly, for example.

And while this ideology might seem a little unforgiving, it persists.

Doctors and those who specialize in helping others heal are at a high risk of ignoring their own struggles in favor of their work. This can be due to their personalities or the public’s expectation that they’re meant to have everything together as professionals who provide aid for others.

This also applies to those who help others heal emotionally or spiritually.

And no one knows this better than Robin Rivera.

Channeling One’s Life Experiences to Guide Others to Exponential Healing

Spiritual healer Robin Rivera believes in embracing one’s past hurts and taking the difficult — but important — journey towards healing. She founded Robin Rivera Global to help people heal through holistic and shamanic techniques.

Today, she also helps fellow spiritual coaches to reach others.

“It’s all about liberation… I want to liberate as many people as I can to greater and greater states of love and freedom. And this really comes from a place in me that is driven by freedom and liberation,” she said.

As someone who deals so frequently with the art of helping people heal emotionally and spiritually, one might expect her to be someone who’s always had it together from the start.

But this is far from the reality.

Robin Rivera didn’t have a peaceful childhood. Her family was well-versed with child abuse for generations. And although Robin recognizes that her parents brought her up as well as they could, she still knew what violence was from a tender age.

“At 5 years old, I had decided that all I had was myself,” she recalled.

Robin got into the habit of alcohol and substance abuse at the age of eleven. It was not long after when she became suicidal. It got to a point where Child Protective Services had to step in.

After that, Rivera frequented the system. And it wasn’t smooth sailing from there, either. She underwent more abuse, collected more experiences to add to her traumatic past. Her parents eventually sent her to a boarding school in Mexico, where they hoped she would get the help she needed. But in that school, the students were locked in for over a year.

Rivera recounted her experience in that school. It was shut down for child abuse shortly after she left. However, she realized that this difficult experience taught her how to survive, how to persist even when the odds were stacked against her.

Rivera eventually survived the ordeals of her childhood. But when she matured as an adult, she still struggled to find her way.

Her past experiences taught her to survive, sure. But all the support, safety, and guidance she lacked growing up came back to haunt her. She found herself treading precariously over the edge, searching for a way to find her balance.

“All I had was emotional baggage and trauma that I began to unlock and look at powerfully,” Robin explained about her past.

Having been kicked out of her home at 17, she needed to support herself. She delved into the world of exotic dancing and more substance and alcohol abuse. She was also employed as an escort.

The trigger that got her out of that lifestyle came in the form of a terrifying experience.

Rivera somehow found herself under the grips of a human trafficker. She eventually began to sense that something was off about the way they operated.

“I didn’t know what was going on,” she said. “But I knew I was very confused and that these were dangerous people.”

She did the only thing she could do: she ran. She was only 23 when she accepted help from her ex-boyfriend. After some time, when she decided to leave him to return to her parents, she found out she was pregnant.

Love and the Pivotal Role it Plays in Healing

For someone who went through so much at such a young age, Robin’s pregnancy might have seemed like an impossible situation.

But Rivera recognizes her pregnancy as the pivotal turning point in her life.

As Robin described in an interview: “I wanted to be a good woman for this innocent child, and that gave me the power to do things I thought were nearly impossible.”

She decided that she needed to change her life if she wanted to make a home for her child. She got herself a Bachelor of Arts in Social Welfare from UC Berkeley and went on to obtain a Master’s in consciousness and transformative studies. Rivera also spent her time and energy volunteering with the anti-human trafficking movement.

Rivera’s current specialization in spiritual healing stems from her training with the Chicana Latina Foundation. There, she met a shamanic therapist who made her realize her worth. She was told that she wasn’t broken; instead, she was spiritually gifted.

“Those words shook me to the core, and that was when I got to see with my eyes and feel with my heart what was possible,” Rivera said. “I delved into a lot of research on shamanic and holistic healing. And not long after, I created a business out of it.”

Flawed, or Relatable and Human?

Today, Rivera dedicates her time to aid others who struggle with their own trauma. Her journey down the path of healing has brought her eventual success; Robin Rivera Global now rakes in multiple six figures.

And while Rivera is a spiritual healer, this lesson possibly applies to everyone whose job it is to uplift, cure, or support others in their physical, mental, emotional, or spiritual infirmities.

“At the core of what I do is I’m trying to create beauty out of my suffering,” Rivera explained.

And perhaps, that is the best anybody can do. To help others is a noble thing, but we often forget that we cannot do so if we ourselves are burnt out. It’s like pouring water out of an empty kettle: it just won’t work, no matter how hard you try.

Rivera turned her flaws into something her clients can relate to, something that makes her human. Maybe those who make a career out of the art of healing are called to do the same.