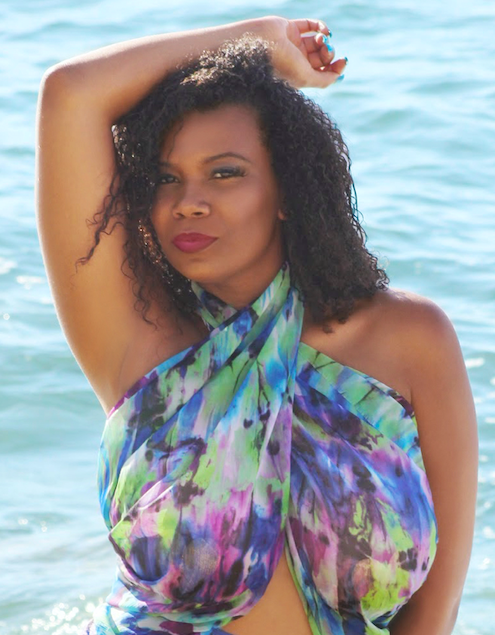 Casey Dreux is the newest R&B POP Sensation to come for the billboard charts and make her way into our playlists. Casey Dreux’s new single “Maybe” is her first worldwide release and embodies the women empowerment of Pop music with the sensuality of R&B. The track is written by Casey Dreux and composed by music producer Donald Clay.

Casey grew up in Washington DC which is known for producing music icons like Marvin Gaye. Music was in her blood and she started singing in gospel choirs where she learned harmony, melody, and strong vocal leads. She was professionally trained from a young age in vocal styles of Gospel, Opera, and Classical music.  This songwriter always knew it was her passion and dream to sing professionally but her parents stressed the importance of education and a plan. After Graduating from the George Washington University, she moved to New York city and was picked up as a model. After gracing the pages of magazines, she decided to move to California to pursue the music she loved. It was there that she teamed up with music producer Donald Clay. The two wrote dozens of songs together released as a mixtape titled, Yeah”.

With the worldwide release of “Maybe”, Casey Dreux is already making waves as an independent artist. She was nominated as a contender by the Recording Academy for the 2020 Grammy Best R&B Performance. “Giving my all to my vocal performance in every recording is my passion. To have the academy recognize me is a huge honor.” Says Casey Dreux about her nomination.

She also added, “writing a song about sensuality and passion is meant to inspire the next generation of love songs, I wanted to give the lovers something to sing to and enjoy together”.

From the writing to the production of the music video, Casey Dreux’s vision was to create something that captured the high energy of the pursuit and chase of romance.

“Maybe” is the first single of her debut EP, the Art of Love, coming soon. Casey Dreux has performed at numerous shows in the U.S and plans to swoon her fans with romantic upbeat tunes all this year.