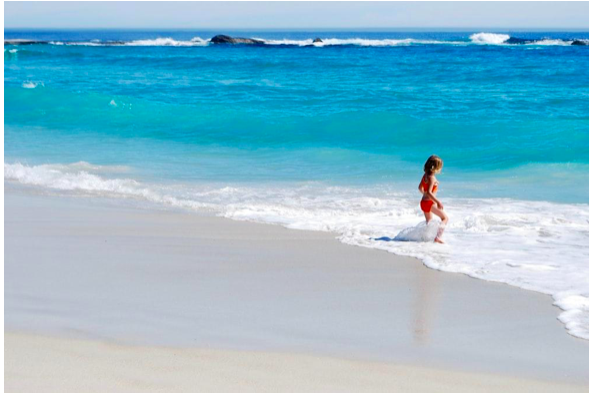 If possible, you want to protect your children from reality. It’s why you want them to believe that Santa Claus is real and the world is full of wonderful human beings. Even if you know the truth, you want them to be innocent for as long as possible. However, you also have to understand that children deserve to know the truth about certain issues. When it comes to the environment, they need to know what’s happening.

Good values should start at a young age

When people already start forming their values, it would be challenging to change them. The problem is that they failed to understand the truth when they were younger. Therefore, they ended up being misguided and not having the right information. They must understand what’s right and wrong even if they’re not yet mature enough to know the difference. Constantly telling them that there’s a problem with the environment will make them realize that they can do their share.

Start with something simple

You can explain some facts about environmental issues to your children in many ways. Start by showing some videos about what’s going on in different places. You can use animations at first. Eventually, you can show real videos and news stories. You may also use children’s stories to understand the plight of people suffering from environmental problems. Awareness is an excellent start. If they have questions, you can try to respond and simplify. Even if the questions are challenging to respond to, you have to try your best to answer.

Some concepts about environmental issues might be difficult to grasp. Even adults can’t comprehend them. The best way to simplify it for your children is by changing the practices at home. Start by segregating your trash. They must end in different bins. Otherwise, they end go to a landfill. Non-biodegradable waste shouldn’t be in a landfill since it doesn’t decompose quickly. It will only worsen landfill problems. You may also work with a junk Removal in Alpharetta to show your children that you’re sincere in helping solve trash disposal issues.

Another practice is recycling. Teach your children some creative ways to recycle. It lets them know more about recycling and improves their creative and critical thinking skills.

You have a responsibility

There are different ways to join the fight against global warming. One of them is by being active in organizations that help solve some issues. However, there are steps that you can start now, even without leaving home. Educating your children is an excellent idea. It also reveals your sincerity in taking up the fight to end global warming.

Hit by a car in Seattle: Steps to follow! 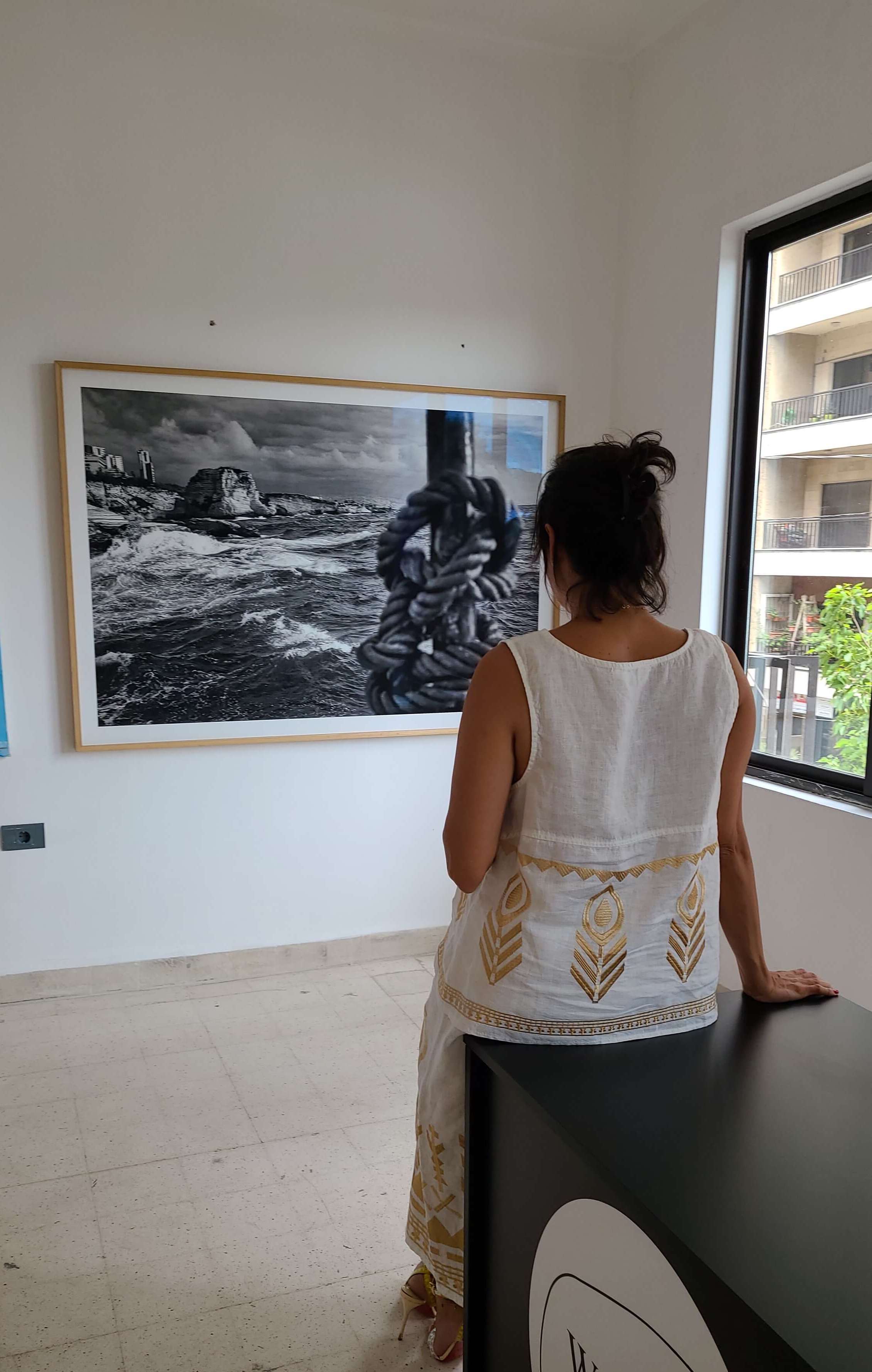 Photographer, artist, and filmmaker Fadia Ahmad is well known among the local Beirut art community, and increasingly so internationally, as her first ever documentary, “Beirut, the Aftermath” takes to festival screens around the world. In conjunction with her critically acclaimed series, “Beyrouth-Beirut”, the film continues Ahmad’s legacy for adeptly capturing the climate and ethos of a city on the edge.

Since returning to Lebanon, her home country, after a life spent exiled by civil war, the Lebanese artist has relentlessly pursued a higher understanding of identity, belonging, and now, justice. Often lacking from discussions of her work, however, are perspectives that question how her life and experiences as a daughter, wife, and mother have molded her voice and portfolio. I had the pleasure of asking Ahmad a number of questions regarding her personal life and how it has shaped her as an artist.

You grew up in Spain, what was that like for you? Did you feel as though you belonged there?

Yes, I grew up in Spain. I was born immediately before the start of the Lebanese Civil War on March 29, 1975. Little did I know back then that Spain would become my country of adoption. I really had a wonderful childhood. I was very blessed and I’m very grateful for what Spain gave me. As a child, it gave me security. It gave me an education. It gave me tolerance. It was a cosmopolitan place and I was raised seeing different kinds of cultures, different kinds of people. Something I’m truly grateful for is that I grew up in a Mediterranean country. Mediterranean people are warm, loving, friendly people. It was a beautiful way for me to grow up and learn from. In the beginning, I thought that Spain was my only country and that I must have been 100% Spanish. My parents, especially my mom, would remind me ‘you are Spanish at heart, yes, but you should never forget that you are also rooted elsewhere’.

Do you think that these lessons that you grew up with in Spain fostered something within yourself that was important to bring to Lebanon?

Yes. I think it’s important for each and every human being to know that we can learn from one another. What makes us evolve, what makes us grow, is our ability to adapt. When you get to learn about other cultures, other people, other ways of seeing life and looking at your own life, you realize that through this process you become a better human being. You have more tolerance. You are better able to accept the other. Your heart is more full and your mind is more complete.

Did you feel, growing up in Spain, that something was missing because of where you came from?

Because of my name, Fadia Ahmad, I was always asked ‘where do you come from?’. For me, not really knowing where my country of origin was, not knowing what my people looked like, it was very difficult to answer that question. I grew up not knowing where I was from. All I knew was that it was a country of war and conflict, but other than that I had no idea what Lebanon and what my people were like. It’s important for a person to understand things. Since ‘home’ was not something I understood, I had this sense that I was missing something from my life. I was eager and I was longing to understand where I come from.

How do you remember your return to Beirut?

My family was, of course, very happy that the war was over. I followed my parents’ decision to come back home. I was looking forward to it and I was so happy that after all these years I was going to see and witness this place that I come from. When I reached Lebanon I had such high expectations. In the first few years, I was incredibly disappointed. When you imagine something, it’s always better than the reality. You tend to make it more beautiful. It was like coming back to a fairytale that I had dreamed of and, we know of course, that it was anything but a fairytale.

You mentioned briefly your parents. How has your role as a daughter shaped you as a person and inspired you as an artist?

My parents were very inspirational to me. I’m a daughter in a very big family. We’re a family of nine children. So, the way my mother brought up this family, the best way she could, was by teaching us the values of love, tolerance, and understanding. She taught us strength by being out there alone, because at the time my dad was going back and forth to his work in Africa, so she had to do many of these things alone. She gave us love of the family, love of our country, she helped us understand why dad couldn’t be there all the time, that life was about sacrifice and sometimes people must struggle, that nothing happens overnight.

My father is a person I look up to more than anything in my life. He started from scratch, he couldn’t afford an education because he was brought up without means. He was born an orphan. He really impresses me in how he was able to become, from nothing, such a successful man, with all the struggles and ups and downs and foreign lands he had to go to. And he was always so down to earth, because he never forgot that he came from nothing.

Really he showed me that the impossible in life is possible, that whatever you dream of, you can make it happen if you truly believe that you can. This idea of making the impossible possible followed me throughout my childhood and throughout my adult life. If I’m where I am today it’s because of him and what he taught me. I really admire him a lot and I am proud to follow those same values that he taught me.

Of course as a child and later as an adult, when dad went through his ups and downs, I witnessed them. He showed us, as a matter of fact, that even when we have struggles and even when life puts us down so low that we don’t know if we’ll be able to stand up again, the strength to overcome really starts with believing. I was so honored to have been by his side through so many of these times.

How has becoming a wife and a mother changed your approach to art, photography and now film making with this documentary?

I have been very lucky and I am very grateful to God and to life for this. I am married to a wonderful man that I look up to. He happens to also be incredibly encouraging and always by my side regarding my career and hopes for the future. He has always pushed me forward and reminded me not to feel guilty for not being home all the time. This is something that I think is rare. Usually partners tend to feel as though they’ve been put in the backseat or neglected when one takes time to pursue their passions. He was never like this. He was always telling me that I should follow what I wanted to do, telling me how happy and proud he is of what I’ve become. He’s understanding and tolerant and lovely and he has been there for me since day one. More than a successful doctor, my husband is also an incredible father and a lover of art. I can’t overstate how much this last bit has helped us to grow and flourish together.

As a mother I replicate the values I had growing up. I try to show my kids that life isn’t always beautiful but no matter what we should face it and be grateful and understand that all the struggles we go through are lessons that we learn from. I’ve taught them altruism, I’ve taught them humility, tolerance, love, how to believe in and fight for their dreams. I’ve always respected their visions as human beings without enforcing too much direction.

It’s interesting, what you said about teaching your children that life isn’t always beautiful and that we have to face those moments and grow from them. Do you think that your role in teaching them this is something that’s filtered into your most recent film, “Beirut, the Aftermath”?

Yeah because whether we want it or not, our work reflects who we are as human beings. So throughout my entire artistic career my values have been there, you can feel them, you can sense them. Usually an emotion is something you feel. I’m so grateful for this gift to be able to make an emotion physical, to present it as something that you see and not only feel. All my art brings out an emotion, be it positive or negative.

To learn more about Fadia Ahmad, her work, and her most recent documentary, “Beirut, the Aftermath” visit https://www.fadiaahmad.com/.