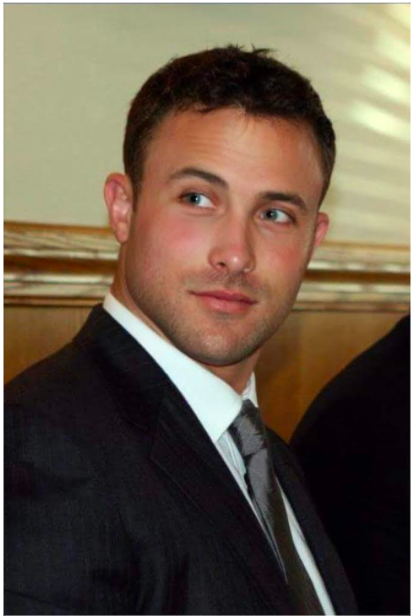 Dr. Anthony Chaffee, a Neurosurgical Resident in Perth, Australia has been treating hundreds of people outside of his residency in the fight against chronic diseases, including blood pressure, diabetes, metabolic syndrome, autoimmune disorders, and even cardiac ailments. He advocates that a carnivore diet can not only reverse many of these ailments, but keep them fit and healthy without medication.

Thousands of people across the world have now followed his advice, overcoming various chronic diseases and disorders along with helping people to combat obesity and excess fat from their bodies, all with just simple changes to their diet and lifestyle.

Dr. Anthony Chaffee is not just a doctor, but an athlete as well. In fact, he was a professional Rugby player before transitioning to work as a medical doctor. Selected as an All-American athlete in rugby, Dr Chaffee played professionally in America, England, and Canada for 10 years prior to medical school, having taken time off between his undergraduate and graduate degrees.  Asked why he made such a drastic change in careers he replied, “Well the plan was always to go to medical school, but I had opportunities with rugby that I felt I needed to take advantage of first.  After all, you can always go back to school, but you can’t always play professional sports.”

After moving on from professional sports and completing his MD, he has pursued his passion for the life sciences and bettering the lives of people around him in his clinical practice, community outreach, through his Podcast and talks on YouTube, as well as volunteering as a doctor in the refugee camps of Southern Bangladesh during the Rohingya refugee crisis; the largest humanitarian crisis in the World at the time.

A keen observer, Dr Chaffee has identified new, scientifically based approaches to help people lose weight and treat chronic diseases naturally, without medication or diet pills.  In fact, most of his patients are able to come off of many of their medications, and return to a more healthy and active lifestyle.

Dr Chaffee also hosts the podcast “The Plant Free MD” with an associated Instagram account. Through the podcast, he educates the world about the positive impact of including meat in one’s diet and daily life. He also explains in detail about the harmful impact of fruits, grains, and vegetables on the human body, citing peer-reviewed studies and literature.

Dr Chaffee also believes that the Carnivore Diet helps people improve their condition and fitness level. Not only that, he has also debunked on his show, in interviews, and debates the longstanding myth that cardiovascular disease is correlated with meat based diets, high in saturated fat and cholesterol, showing that these are vital nutrients to the brain and body.

The Carnivore Diet  and the “Poison Theory of Chronic Disease”

Having studied Botany in University and beyond, Dr Anthony Chaffee learned that one of the main defenses a plant has to survive in nature is to form toxic compounds that can be poisonous to humans and other animals, and that this also applies to the vegetables, grains, and other plant based foods that we consume today.  We know of many of these compounds such as lectins, gluten, oxalates and so on, but apparently there are many thousands more, all of which can cause serious harm over time.  He argues that a strict avoidance of these compounds via a Carnivore diet is the healthiest way to live, and most effective way to heal from the injuries of these compounds, but that we should all at least consider reducing their consumption and return to eating more meat and animal products.

Taking this further, Dr Chaffee argues that, “The so-called ‘chronic diseases’ of modern day medicine are not actually diseases per se, but in fact toxicities and malnutrition: toxic build-up of a species inappropriate diet, and a lack of appropriate, species specific nutrition.  In other words, we’re eating too many plants, and not enough meat.”  Because of this, he feels that the medical community should not approach these ailments in the traditional fashion, “We as doctors approach diseases as having cures, so when we see a new disease, we look for its cure.  However when dealing with poisons we may give an antidote or chelating agent to support the patient’s recovery, but most importantly, we remove the source of poisoning such as lead pipes, or what have you. So, if we are treating the symptoms and ramifications of say heart disease or type 2 diabetes, but ignoring the underlying agents that are the root cause of these disease processes, then we are doing our patients a disservice.  We sort of tried this by recommending people stay away from saturated fats and cholesterol, which was the right approach, but it just happened to be horribly wrong.”  This is because, as Dr Chaffee explains, new evidence has emerged showing decisively that what we believed about fat and cholesterol is basically backward, and that saturated animal fats and cholesterol are actually vital for healthy bodies, brains, hormones, and yes, hearts.  This is a recurrent theme in his videos, interviews, and on his Podcast, The Plant Free MD, and he calls this his, “Poison Theory of Chronic Disease.”

Though many athletes and fitness fanatics have switched to a carnivore diet to boost their performance based on his recommendations, most of his work is with those trying to recover from ailments or reverse disease. Dr. Chaffee has successfully shown that some of the most common health-related issues affecting people today such as obesity, diabetes, metabolic syndrome, heart disease, and even autoimmune disorders are actually not diseases but the result of improper dietary habits by his ability to reverse them using simple dietary changes, thus reinforcing his Poison Theory of Chronic Disease. This is because many people are not only lacking in vital nutrients only found in meat and animal products, which can lead to disease and developmental disorders, but that they can also be harmed by the toxic elements in plants that they naturally make in order to stop animals from eating them in nature.  This is why he contends that people should at least start to eat more meat and eliminate some of the worst offenders from the Plant Kingdom, such as sugar and grains, if not going to a full Carnivore diet.

Dr Anthony Chaffee has won several open debates with other doctors and experts in the field, arguing for the inclusion of meat in the diet, and even the exclusion of plant-based foods for optimal health and weight loss.  He has articulated his views clearly in several debates and interviews, citing scientific evidence and research, enabling him to even convert other doctors who had formerly advocated a vegan lifestyle. One of his recent debates was a live webcast with the Australian nutritional medicine group ACNEM, where Dr Chaffee, along with 2 other teammates, debated the merits and demerits of a Carnivore vs Vegan diet against 3 other panel members and respected clinicians.  It is his practice and hope that educating his patients and the population at large and having them follow his proven diet plan can keep them become fit and healthy, without constant check-ups or appointments, greatly reducing the overall cost and burden of medical expenditures, which is a growing problem in America and around the world.  But we think the most remarkable highlight in Dr Chaffee’s career thus far is that he hasn’t always stayed within the comforts of hospital medicine and private consultations, instead leaving his residency to volunteer in the refugee camps of Southern Bangladesh between 2017 and 2018 to help the more than 1 million Rohingya refugees escaping mass genocide in Myanmar in 2017, even though ISIS had a strong presence in the region at the time and was actively targeting and killing foreigners to the region; something that not many of his peers are willing or able to do.

It Is Quicker, Easier, And More Convenient Than Ever To Heal A Tattoo With Saniderm

Signs That You Are A Victim Of Belviq 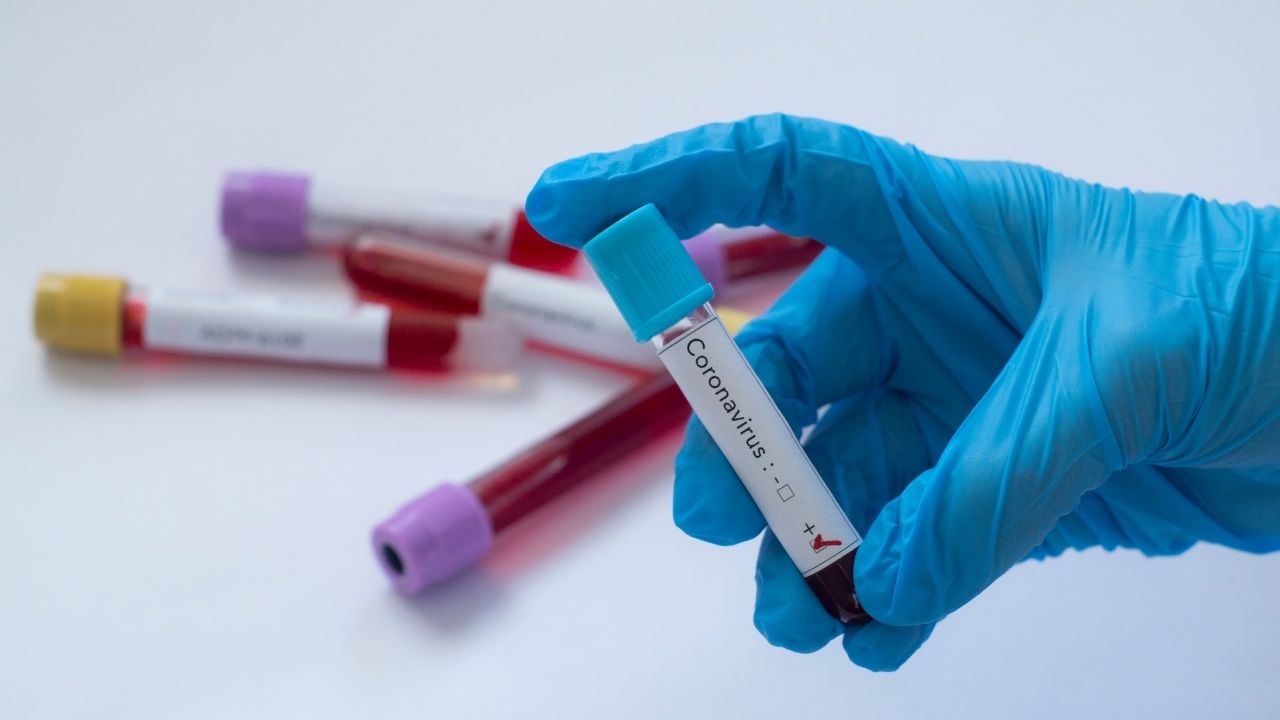 Rolling out vaccines and booster shots across the U.S. marked crucial milestones in terms of healthcare and fighting the spread of COVID-19. However, an essential element is still missing: legal recourse for those who experience serious adverse side effects.

Currently, there are more than 1,300 pending injury claims related to side effects from the COVID-19 vaccine. They are waiting to be heard by the Vaccine Injury Compensation Program, a government tribunal that handles public health emergencies.

To date, this tribunal has only handled two such cases. One alleged the plaintiff suffered from severe tongue and throat swelling following the vaccine, while the other alleged long-term shoulder pain. Plaintiffs lost both cases and were denied compensation.

Given the comparatively new nature of the COVID-19 vaccine, it is challenging for plaintiffs to prove that their injuries directly resulted from the vaccine. Combined with the lack of research on long-term side effects, it is unlikely that plaintiffs will be able to meet this burden of proof anytime in the near future.

Formed in the late 1980s, the Vaccine Injury Compensation Program responded to diphtheria, pertussis, and tetanus (DPT) vaccine claims. Pharmaceutical companies were listed as defendants in lawsuits related to vaccine side effects. However, the government created a separate entity to handle such cases when manufacturers threatened to stop producing vaccines altogether.

The Centers for Disease Control and Prevention (CDC) clarified that the Vaccine Injury Compensation Program could not hear cases until the COVID-19 vaccine has been recommended for routine administration to children, per a 1986 vaccine law. Additionally, the COVID-19 vaccine would have to be subject to the same 75-cent tax imposed on other vaccines.

Compensation From the CICP

There are several differences between the two tribunals, which plaintiffs claim make the CICP inappropriate for COVID-19 vaccine injury litigation. Of these, compensation is one of the biggest causes for concern.

The Vaccine Injury Compensation Program has awarded injured plaintiffs more than $4 billion since its inception. In comparison, the CICP has only awarded compensation for 29 of 455 cases— that means that 92 percent of plaintiffs are deemed ineligible or denied compensation. Compensation ranged from $31 to nearly $2.3 million, with a median award of roughly $5,600.

This is partly because compensation options from the CICP are much more limited. Plaintiffs can only claim lost wages and out-of-pocket medical expenses up to $50,000 per year or death benefits up to $370,376 in the case of a vaccine-related fatality.

This means that plaintiffs who file a case related to injuries allegedly caused by the COVID-19 vaccine are offered less compensation, less legal representation, and less recourse through appeals as opposed to plaintiffs who file a case for injuries caused by any other vaccine. Still, if you are experiencing symptoms related to the COVID-19 vaccine, it may be in your best interest to speak with an injury attorney.