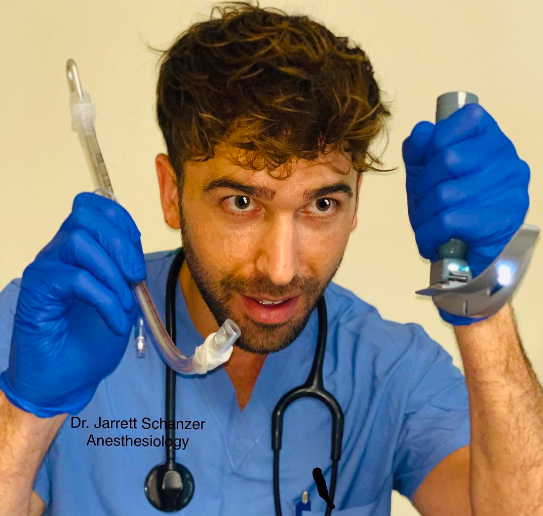 Doctor Jarrett survived a plane crash when he was a nine-year-old boy. After this, he discovered a fresh value for life and strong willpower to dedicate his life to public service and saving lives by becoming a doctor.

It is facing death, that gives a clear perspective to the survivors that how beautiful life is and how gifted they are. Jarrett was thankful to have lived through and made up his mind to help other people understand the brevity of life and live to the fullest.

Jarrett made up his mind; he wanted to be a doctor. He worked hard and tough to live his dreams. Qualified to take the Hippocratic Oath, he now assists people to fight their ailments. It became his destiny, his drive, and his mission.

This information showcases that Doctor Jarrett is the type of working professional who prefers to keep himself engaged with work. But even with this busy schedule, he has made time for other social duties. He volunteers at a hospital as EMT, works as a guide for potential students, publishes research papers as a nutritionist/ sports trainer, and tutors other premed juniors.

During an emergency case, Dr. Jarrett also saved a man’s life by performing CPR at a local Sushi Diner. He has also performed the Heimlich Maneuver to save a middle-age man from choking during a party. His commitment towards his ethics and drive for helping others got him in the list of Top 100 most eligible singles of 2018 of Business Insider. Jarrett aspires to be the star of a short skit, just like his third-cousin – Stephen Dorff, an American actor.

Being a health influencer on social media, with almost a million followers on Instagram, Doctor Jarrett frequently mentions: “Give them your entire heart, but don’t forget to have some fun too.”

A resident of New York City has left this big-town for his birthplace – the Sunshine State. Working as an attending Anesthesiologist, he has expertise in managing perioperative functions and patient care. He anesthetizes patients regularly for general and complex surgical operations, apart from emergency cases. He is a clinical professor/educator in Miami, for the operating rooms for nurse anesthesiologists, junior doctors, and health professions trainees.

He says that his main aim is to continue as an Anesthesiologist, but also to involve aesthetic medicine for assisting others in feeling and looking younger.

When we look back on the day of the plane crash that almost took his life, we see that it changed his life for good. Dr. Jarrett feels to be blessed to have survived and given life for helping people around him live life to the fullest.

Here’s How to Change Your Car Battery Safely