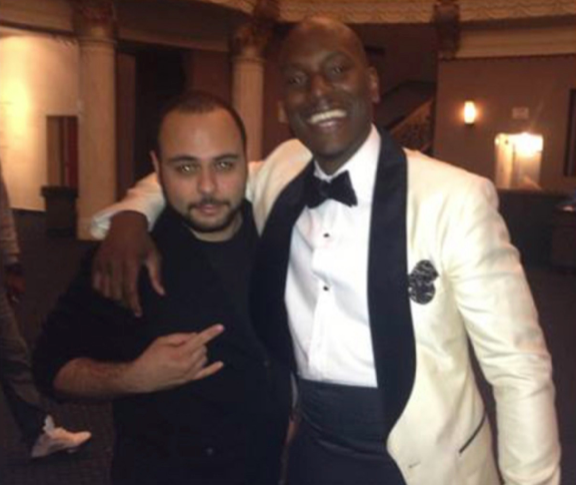 Creative director Kiarash Behain recently sat with ‘Fast and the Furious’ star and musician, Grammy-nominated R&B singer Tyrese Gibson on the topic of what sparked his love for the music genre.

In a sit-down interview on the popular podcast show, “Rundown Radio,” Kiarash Behain asked the singer about the origins of his love for R&B. Shockingly, Tyrese responded

“I fell in love with R&B when I used to be at home while my mother was drunk.”

I discovered R&B when I was a kid and when I was just really witnessing my mom go to some of the darkest, most vulnerable and emotional places.”

To listen to the complete interview from the podcast, click here.

Gibson has rekindled his relationship with his mother. Back in the early 2000’s, he was seen on “The Oprah Winfrey Show” where he surprised his mother with a new home. Recently, the R&B singer and actor surprised his mother for the second time with another home after being alcohol-free for 11 years!

The R&B genre music came into prominence in the late 1940’s. Many artists have gained massive success in the 70’s and 80’s elevating the genre to new heights. It was mainly in the 90’s where R&B gained popularity birthing many artists and groups that went on to achieve massive success.

Singer Tyrese Gibson has contributed over 20 years to the beloved genre. His 2015 album “Black Rose” granted him his first #1 placement ever on the Top 100 Billboard charts. Kiarash Behain and his company Rundown Media assisted with the success of the album by creative directing the marketing campaign and plan of the release along with the singer.

Tyrese is scheduled to release another studio album sometime towards the end of this year.