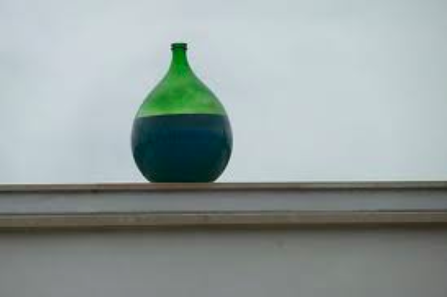 Among them, Carboys are the most underrated yet the most essential part of the laboratory. Carboys are the quintessential storage containers that can store any type of liquid. Mostly they are used when you need to transport liquid chemicals.

There are two types of Carboys based on their functionalities. Plastic carboys are containers that are used to store liquids that are supposed to be transported. These Carboys are made from PETG (polyethylene terephthalate, glycol-modified).

Plastic carboys are generally lightweight, which makes them the best choice for transportation. They are also modular, which means you can quickly drill a hole, add spigots, or any other functionality without compromising the integrity of the material or containment. However, they aren’t suitable when the liquid is reactive.

Consumption liquids like beer and wine aren’t packed in plastic carboys because it may affect the taste. Sometimes the liquids may also leave a stain on the plastic lining, leaving odors or stains challenging to remove.

But when it comes to sensitive liquids, glass Carboys are the best choice. These containers are suitable for long term storage of liquids and in cases when minimum transportation is required.

Glass carboys make sure oxygen or no other form of gas penetrates and compromises with the liquid. However, glass Carboys are prone to breakage and can shatter under the massive impact. That’s why it must be handled with care.

Nowadays, many Carboy manufacturing companies are focusing on the design of Carboys that will grant greater functionality and ease-of-use to researchers across the globe.

Jonathan Cornelissen Shows Power of Education in an Economic Slump

Jonathan Cornelissen Shows Power of Education in an Economic Slump

When the economy turns turbulent, many people become fearful of losing their employment and being unable to find a new source of income. While this fear is understandable, it also need not be reflective of reality for those that are equipped with knowledge of how to overcome difficult economic times. To aid our readers in this pursuit, we turned our attention to one of the most time-tested strategies for thriving while job prospects become murky — education. To help us explore this concept, we also looked to work by Jonathan Cornelissen, a leader in the field of data education.

One of the reasons Jonathan Cornelissen makes for a helpful resource in this discussion is that he’s the founder of DataCamp, a popular online resource for learners seeking to improve their data literacy. The platform has become a go-to destination for anyone who feels a background in data education may help them perform their job responsibilities more effectively or might improve their access to employment opportunities. That idea has been borne out by employers themselves, who often pay for their employees to have access to the platform’s resources. When employers are paying out of pocket to improve the knowledge base of their employees, it’s a good indication that the knowledge is likely contributing to their bottom line.

That understanding of how a background in data science helps employers and employees alike is why the tech entrepreneur makes for a valuable point of study during an economic slump. Part of his inspiration for creating his learning platform was the observation that data was an important part of the economy and was set to increase in importance over time. He also saw that there was a lack of resources designed to help improve the data literacy of individuals and organizations. In creating his data learning platform, he showed an understanding of a broader concept that can be useful for any individual seeking work — improving one’s educational foundation in a field with growing demand can be a key part of finding quality employment.

The tech entrepreneur’s insight that data was set to play a greatly expanded role in the economy turned out to be prescient. This makes the field a good point of study to illustrate how educating oneself in the right concentration can pay off down the line. At the time that the data scientist first conceived of his platform, data was already an important part of the economy — researchers, government institutions, business leaders, and more were all using data to help achieve their goals, so the power of data was no secret. However, what many people didn’t anticipate, was the extent to which data was set to grow in availability due to the ongoing development of one powerful piece of technology — the internet.

As the internet has become an integral part of modern life over the past few decades, its ability to gather data has grown exponentially. This data can come from many different sources, such as a person’s online habits, social media presence, or purchasing preferences. Armed with this type of data, businesses and large organizations can gain an invaluable understanding of the population groups they are trying to serve and can work to improve their ability to engage in those efforts. As such, this explosion in data has helped to drastically improve the ability of an entity to fulfill its mission. This fact has made data science a key part of the modern economy and has greatly improved the employment prospects of individuals who have bolstered their skillset in this area through educational resources.

When improving one’s level of education during an economic slump, there are generally two paths that can be pursued — formal education and self-education. Many people instinctively turn towards formal education, such as an undergraduate course of studies or a graduate degree. This method of learning can give an individual a solid foundation en route to a new career path and can help provide them access to an institution that can provide career assistance after a degree is obtained. For some learners, this level of institutional support can be a key component of their success.

Formal education, however, comes with some downsides. Perhaps the most glaring is its expense. While there are varying levels of costs associated with institutional learning, tuition rates, in general, have been trending upwards in recent years which has made it necessary for many learners to take out loans to pursue this type of education. In contrast, self-education resources, such as online learning platforms, can often be much lower cost and help to pinpoint the exact skills that an individual may need in order to pursue a new career. This can be especially relevant during times of economic uncertainty when taking on debt may lead to increased levels of financial insecurity.

When discussing education to improve one’s job prospects, it’s important to also touch on the role of networking in gaining employment. While an individual pursuing an institutional education may have access to employment resources that can help them find work, a learner engaging in self-education may not. For these individuals, finding job prospects may hinge on effective networking, such as attending career fairs, seeking out informational interviews, and working with recruiters. This type of networking can help individuals showcase their improved set of skills to those in a position to make hiring decisions. This can ultimately lead to a new job down the line.

While the prospect of losing one’s employment can be frightening, especially during times of economic uncertainty, it need not leave one powerless to improve their situation. Education can be a key component of ensuring continued access to employment when it seems as though many organizations may not be hiring. Looking to the example of Jonathan Cornelissen can be instructive in this time, as his work to anticipate demand and improve educational opportunities in the area of data science has helped millions bolster their job prospects. Further study of the power of education to improve employment levels can make for an impactful ally when the economy seems poised for a downturn.