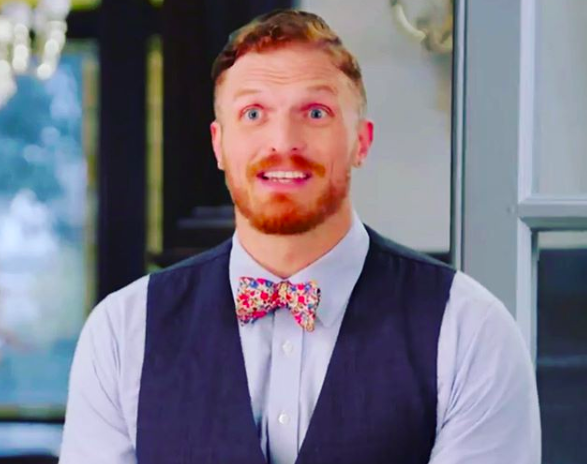 Southern Charm New Orleans star Jeff Charleston and his wife Reagan Charleston got divorced and ended their six year marriage. Not all marriages last for ever.

After the divorce Reagan could manage to find love again. This time Reagan had nuptials with her college sweetheart Reece Thomas. Recently the two of them are blessed with a baby girl.

Several fans of Southern Charm Star Jeff Charleston were shocked with the quick move on of Reagan from Jeff. Reagan was fortunate and within no time of the split she found love again. The fans are of the opinion that the dynamics of this new couple is not great. Apparently it seems that Jeff also has a few words of choice for Reece Thomas. Jeff just tries to pretend that he is happy and always puts on friendly face in public.

Reagan and Jeff parted their ways because the couple was having many ups and downs. The fans were unaware about how bad things really were for the couple. Reagan Charleston had always tried to hide their marital problems.  When she was open for discussion she wrote a tweet which read as – “the only reason I didn’t talk about how messed up our marriage was because it was embarrassing. Also I didn’t know what to do and how to take it forward. Neither I nor Jeff was happy. There was a constant volatility and turbulence in our house. We were getting miserable day by day.”

During a Bravo preview Jeff Charleston told Reagan that – “he was suffering from some mental illnesses when he got head injuries in the NFL. He did not know how to cope with them and thus went through extreme depression.

But whatever has to happen did happen. They had to split. Now that Reagan is remarried to Reece Thomas and also has a baby girl from him, Jeff has some view points about Reece which he made public.

Though Jeff always tries his best to appear neutral but in an interview with RealityBuzz TV, he spoke his heart out and mentioned that “he will just highlight some facts about Reece and leave it at that. To begin with – Reece seems to drink a lot and has a gambling problem where he lost his house as well. Reece proposed his lady in a horse stall, etc.”