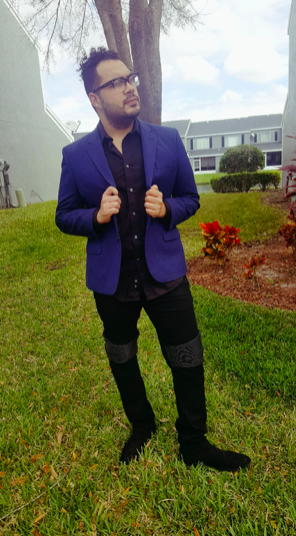 For every person in the world, there is something that serves as their driving force. For some people, the motive is art; for some, it is medicine, some people have a keen interest in sports while some people are really good at science and how the world works. With the dream that a person carries in their heart, the end result for every person is achieving success, and whatever the passion may be, real success can never be achieved without hard work.

Examples of people who are idolized today and admired throughout the world are those who were not only passionate about something but also had the guts and courage to work hard and make their mark in the industry. From Oprah Winfrey to J.K Rowling, Michael Jordan, and several others, success did not just fall at their feet; they recognized what their dream was and worked hard to reach the top.

Among the people who listened to their hearts and followed their dreams, the name of Kyrillos Saber remains distinguished. Kyrillos didn’t limit his passion to one industry; he worked hard and made sure his name shined among the well-known people in the acting as well as the music industry.

Born on 14th July 1989, Kyrillos Saber opened his eyes in the capital of Egypt, Cairo. Before moving to the U.S., Kyrillos was a student at Cairo University, College of Arts, and received an Associate Degree in translation. Still young, the boy showed interest and talent in various forms of art. Knowing that he wanted to more in the entertainment industry than just sit and watch them from a distance, he worked hard in polishing his skills. His hard work bore fruit when in 2004, Kyrillos was landed with a role in the movie, St. Bishoy, when he was just 15 years old. Three years later, he was offered another role in the movie, St. Hermena.

Upon reaching his 20s, he moved to the U.S in 2009, where he attended the Galen college of nursing in Florida, and graduated with a Certificate of Nursing. Previously, the movies that he had starred in were released in Egypt, and the environment in the new state was a bit intimidating for Kyrillos. But he chose to take it as a challenge and kept working hard. Knowing that the industry was huge and required more than just talent, he spent elaborate hours looking at various pieces of films and music, watching and observing every move of the artists with the hope to learn what the American entertainment industry had to offer.

Finally, in 2013, Kyrillos played Frat Jock in Die Die Delta Pi, the American movie whose plot narrates the story of a serial killer who is responsible for committing devastating crimes and is currently at large. Apart from working in the acting industry, Kyrillos also began discovering what it took to be a celebrity in other entertainment sectors as well. Finding an interest in the field of music, the multi-talented Kyrillos set to work on writing a song. In 2017, he released the song ‘Screw You,’ a masterpiece that was written, produced, and directed by Kyrillos himself. It wasn’t long before the song was recognized for its exceptional tunes and unique vocals. Today, the song has 33,135 views on YouTube and 2.4 million on Facebook.

His first appearance on American television paired with the outstanding music song helped him gain a huge stream of fans. He has reached more than 35K subscribers on his YouTube Channel, where he uploads videos regularly. He is also active on his social media accounts, including Twitter, Instagram, and Facebook. He is also the founder of Kyrillos Saber Records, which is his own fan page on Facebook having 237k followers.

Two years later, Kyrillos was landed with another role in The Nest Of Vampires (England), where he portrayed the character of Richard Marks. The film revolves around the story of an MI5 agent, known as KIT Valentine, whose wife and daughter were murdered by a gang of people. Valentine travels from London to rural England, in search of answers and finds that there exists a dangerous, underground society deeply involved in human trafficking and Satanic Cult Worship. The same year, Kyrillos played T.Y. in Shit Stew and Zombie in End Survival (USA).

Kyrillos has the role of Vampire Queen’s Follower 3 in Blood Thirst Supporting Tara Reid and the leading character of Troy in Necrophilia 1, a movie that was originally set for release this year but has been postponed due to the COVID-19 pandemic. Kyrillos played Reza Manzur Jr. in Social Distance, Male News Anchor in Numbers, Officer Sanchez in Amrak My New Family, Anarchist Member in Survival of the Apocalypse, and Masked gun-man in Having Had Breakfast (USA).

Kyrillos Saber also has the role of Detective Martinez in the movie Junior Squad Returns, which is set for release in 2021.

The life of Kyrillos Saber is exemplary. He is the epitome of determination and perseverance. As of today, Kyrillos Saber has appeared 16 plays, released 60 music singles, and directed 15 music videos and is recognized throughout the world as an actor, rapper, hip hop artist, singer, songwriter, scriptwriter, producer, and music video director.

Scaling clients to an altogether another level is Brandon See, the man and the mind behind the dominant paid traffic consultancy, Digiceptual

Aaron B David from 5 million to 50 million

Jobs That May be Under Your Radar 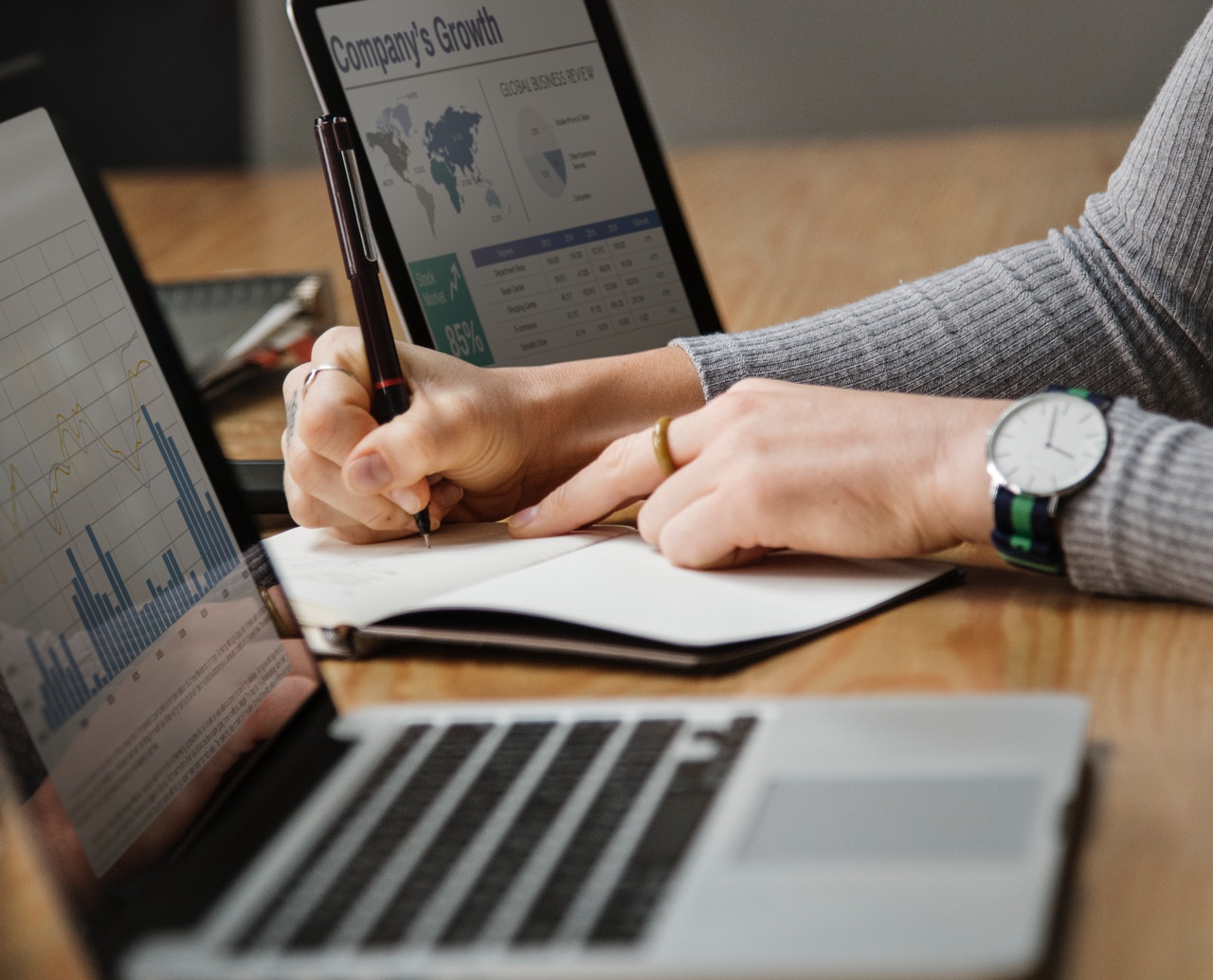 According to the U.S. Bureau of Labor, the average worker can expect to sit nearly 45% of the work day. On the surface, that doesn’t sound so bad. However, what isn’t considered is the effect that having a college degree has on that percentage.

Despite lengthy research, there simply isn’t much data on how much people tend to sit at work if they have a college degree versus not having one.  However, looking at specific occupations does show data.

Jobs including accounting, business, and tech tend to lead to workers sitting anywhere from 70-80% of the time.

In fact, with an exception to a few areas where a degree is required, most of the post-college workforce appears to be in a position where they spend most of their day at a desk.

For some, this is not an issue. For many others, it can lead to increased stress, dissatisfaction at work, weight gain, and a repetition of tasks that get old after a few days. So why do people continue to work in these environments? Part of it may be our tendency to follow the crowd, and college programs often funnel their graduates to these kinds of jobs.

What if someone wants to break away from the norm? There are certainly options, and here are just three of them.

Coaching a sport can be one of the most satisfying and productive jobs that exist. On top of the satisfaction of helping athletes improve their skills, depending on the coach, it can also serve as a workout and a way to stay active.

This option can be especially good in unique sports such as rowing, pole vault, or Irish dance. Many potential clients/athletes may not know about these opportunities, but once word gets out, there may be a lot of interest. Moving up in these specific fields is much easier than trying to go the route of a football or basketball coach. If a rowing team is looking for a coach, and you’ve got the experience, you may end up in a small candidate pool for a great job.

Everyone loves excursions while on vacation. It’s a market that’s growing every year, and with the right equipment and skills, it’s very possible to have success here. The best part is that almost no matter where you go, the market will be there.

In a tourist area like Orlando, Florida, so many people go that despite a lot of excursion options, opportunity is still there. On the flip side, in a small town in Kansas, the market may be small, but there won’t be any competition.

The key is to be unique. If close to a desert, a dune buggy adventure will catch a lot of people’s attention. If there are already a lot of those excursions available, have a romantic candlelight dinner under the stars. The possibilities are endless. If you decide that you want an excursion that will keep you up on your feet and active, that’s totally up to you.

Starting a company can be stressful and overwhelming, especially with zero experience. One key is to utilize resources and not pretend that you know how to do everything. Just as you wouldn’t have a plumber frame a house, a dentist perform brain surgery, or an engineer file your taxes, running everything for your business alone will likely not be successful.

Odds are, you may be able to do the business part, but utilizing resources for other areas can help make a business successful.

What does this have to do with not sitting all day? Similar to the excursion idea, starting your own business means choosing your hours, and the work style. You may decide that 7-10 AM is a great time to do all the paperwork and desk-related tasks, take a break from 10-11 AM, and then spend 11-4 PM doing active tasks related to the business. You can decide to work late at night and keep the mornings open.

With few exceptions, a self-business allows you to work when, where, and how you want.