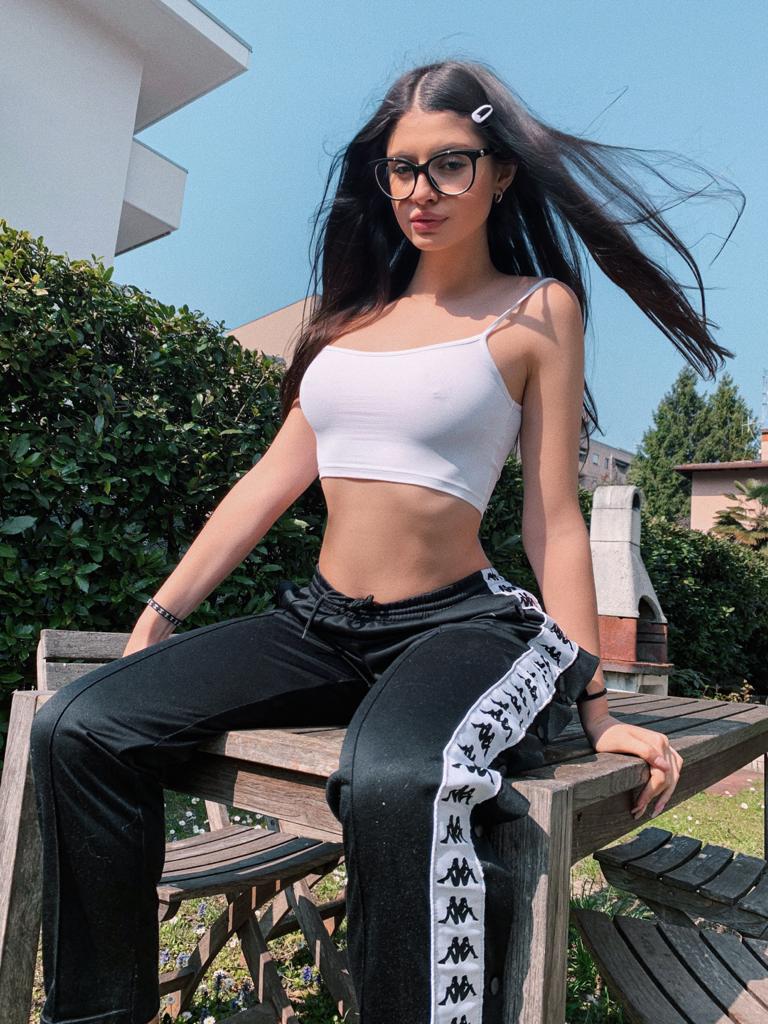 be bold for women far from view.

Be brave and real; contrive to feel

These lines taken from the poem “Woman, Be Bold” signifies the fact that every woman in this world has the right to live with boldness. Typically, boldness can be defined as per people’s perception, which means its definition varies from person to person.

Dictionary says boldness signifies the power or the ability to encounter any hardship in life remaining truthful to thyself, which will eventually reward a person happiness and joy. It is true boldness doesn’t describe one’s body structure, colour and whatsoever; instead, it personifies an individual. Moreover, boldness is not only applicable for men only but also for women to a great extent. Eventually, it can help women to get out of confinement and live to the fullest.

However, it is not something that one can establish drastically; rather, it depends on the personal motive, and this personal motive can transcend from an idol. None but, Martina Vismara, a young model and social media influencer who has redefined ‘boldness’ in her own style, is now an idol for millions of women across the globe.

Born of such confidence comes from her modeling and the chorus of living life full of joy and happiness according to her own style. At the age of 20, she has almost 3 million followers on her Instagram. She likes to take opportunities in every moment of her life and make it special in order to grow beyond one’s imagination. With such a large number of followers and still growing, she has become a global sensation worldwide. Vismara is an excellent example of becoming someone recognized with pure hard work, confidence and boldness in every possible way.

Going through her newsfeed on Instagram is really a true joy for anyone who is seeking to build confidence and stand out in the crowd. There is nothing fancy she uses to present herself in front of her followers, instead, she loves to elucidate self-confidence with her body to the community of large numbers of people and inspires everyone to shine like her every day.

Rather than falling for mere fame, she strives to deliver something truthful and promising about herself to her followers with a view to becoming a loving person to every individual. Vismara’s mindset and goals have rewarded her success in every aspect of life. As social media platforms, especially Instagram is one of the most popular platforms among young people, so she took the opportunity to gather everyone and grow together where the sky’s the limit.

Self-belief is the key to elevate one’s reputation to the maximum level in front of others. Hailing from Milano, Italy, Vismara exploited her inner belief and moral ideology to accomplish such achievement.

Believe it or not, at the age of just 17, she began her modeling life to inspire other people and break the existing superstitious ideas on women. From the beginning, she stayed committed to staying with all the women out there who are going through lack of confidence in life. As a matter of fact, many women still live under the dark side of life, which confines them to grow on their own. For those women, Vismara sympathizes and pushes them to believe in themselves with whatever they have and take pride out of it, because at the end of the day, a woman is also an individual like others and has the right to live life according to her choice.

How does she motivate women? Although there are many ways to stimulate a woman to become bold, body is the absolute part of women’s pride. Cultivating this as an effective technique, Martian Vismara strives to convey her message to stay courageous in her outfit and her appearance because that is all matter to stay assertive no matter how much backlash one face. Vismara thinks, after all, women as human beings should be proud of what they have in their life. This kind gesture from Martina Vismara rewarded her reputation and became ‘the best social media influencer among the 20 people’ only at this age. Undoubtedly, she has a bright future ahead.

With that being said, an example can depict her bright future, right? Well, with robust ambition and determination in life, she has been able to accelerate international brands’ earning 6-digit figures. How is it possible? Well, the fact is she worked hard to make people believe in her with their fate. Mind you, this is not an easy job and don’t happen overnight unless you have magical power. Vismara knew that she can sweep away all the negative energy and feedback from people who always strive to pull successful people’s leg from behind to obstruct them from reaching to the pinnacle of success. Thus, Martina Vismara takes pride in challenging those negative people with her confidence every day and achieves triumph ultimately.

Martina Vismara’s debut in the modeling field has not only inspired many people to follow her and start living joyous and happy like her but also shaken the whole social media with her beauty, confidence and last but not least spirit. Since entering the modeling field, she gradually won the hearts of millions intending to grow an international community where she can prove her inner-self with others. Though other women play the most vital role to motivate women, MartinaVismara knows how to connect with a lot of people at a time and share her ideology about girls and women so that they (women) can get their deserved respect in society.

Kudos to Martina Vismara for her contribution in empowering woman throughout the globe. Of course, she has the prospect to work on her own.

Giving you an indelibly impressive experience of Bali is Jason Fong, the adroit manager of a prime travel company

A Rising Social Media Star, Gianni Mendes, is a Man Who Can Do It All!