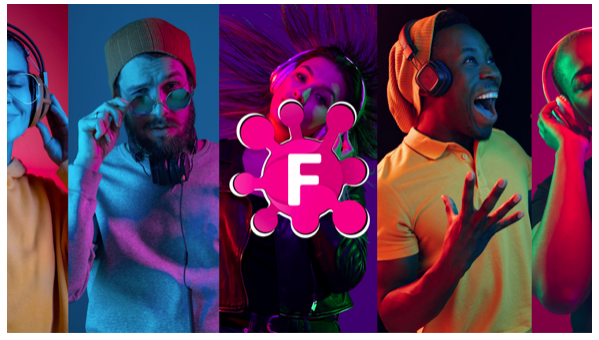 It is true when people say that the ‘internet’ is the greatest innovation of all times. Bridging the gap between communities, eliminating the issues of long distances, helping people build a connection with the world, it is the internet that has turned the world into a global village. It has brought to the world conveniences that no one ever thought would be possible, yet everyone benefits from this invention. The world has the technology to thank for an invention that has paved the way for the fourth industrial revolution.

The innovation in the ways people use the internet has pushed the world into a digital transformation. From retailers to business owners, every individual is working on completing their transition into the virtual world. Be it businesses or music artists, the shift-over into the digital world has made achieving success a bit easy and stress-free. On the one hand, where it is helping many people turn their dreams into reality, on the other hand, it is leading industries towards the point of saturation. While digitalization is beneficial for success, the competition here is tough, with everyone fighting for the top spot, in case of musicians, YouTubers, and social media creators, competing for creating a wide fanbase.

The vastness of the fanbase is one of the most dominant factors that determine the success of musicians, social media creators, and YouTubers. The saturation in the industry makes attracting an audience through digital means a challenge. Addressing this issue is “Fantagious,” the first-ever fan-sharing app.

Established with a mission to “inspire and empower all creative people,” is answering the call for help. It is an effective solution to acquiring exposure and digital growth without getting strangled by the industry’s saturation. Fanatgious is the brainchild of Ramell ‘Rem’ Carter, a 29-year-old tech-savvy entrepreneur, and artist.

Just like all other inventions, even Fantagious has a story of how it came into the picture. It can be said that the creation of this app is the perfect example of ‘necessity is the mother of invention.’ Rem was always fond of music; despite this, he was pushed into choosing other academic subjects. Studying was not his forte due to which he dropped out of college twice.

After giving up on his education, he landed on a job at Tiger Tiger, a well-known Croydon nightclub. He used to work nightshifts, but as he was about to be a father, he had to think of another plan. It led him to the position of Senior Sales Executive in a bar in London, under the umbrella of the same company. A year later, he shifted his career to become a commercial insurance broker.

While working on these jobs, a realization hit him, which caused him to resign immediately. He wished his daughter to pursue her dreams, but the fact that all his life he had compromised on his convinced him that this was not the job for him.

It was at this exact moment that he decided to step into the music industry. He began by helping his friend release his EP. The biggest hurdle was the growth of the fanbase. Rem took this as a challenge, and he started exploring the industry. When he could not find anything, it led him to create the Fantagious app, the first of its kind!

The invention of Fantagious was the need of the hour. The people whose success depends on how big a fanbase is, needed an app that could help them establish themselves as prominent entities in their respective industries.

Fantagious is a growth tool for digital creators and musicians, and its web application is all set to hit the market soon. Thousands of artists and digital creators have contacted the company after the announcement. Those who will help the company in its testing phase by registering will have a chance to get free premium access to the app. It means access to masterclasses and a chance to be discovered by talent seekers.

Built with an aim to ‘help musicians and digital creators acquire maximum exposure in minimal cost,’ this app helps acquire a relevant fan following with ease and simplicity. The app, designed by Rem Carter, allows users to link their socials through which it can analyze the kind of fan following a user has. It serves as a platform where artists and digital creators can connect and help each other grow. The fan rating is a way through which a user can search and pair with another user to maximize their exposure. Other features that assist these individuals in working on their digital presence are search through filters and much more.

It lets users grow and increase their reach in three simple steps; search, connect and grow. The iOS and Android versions of this app are expected to be released later this year after the beta testing of its app is complete. As of today, Rem serves as its CEO, Carl Eaton-York, as the COO, Jamahl Rowl Alcide as the CMO, and Cristian Vasquez as the company’s CFO. These four individuals are the founding members of the company and wish to make digital success easily acquirable for those with potential! 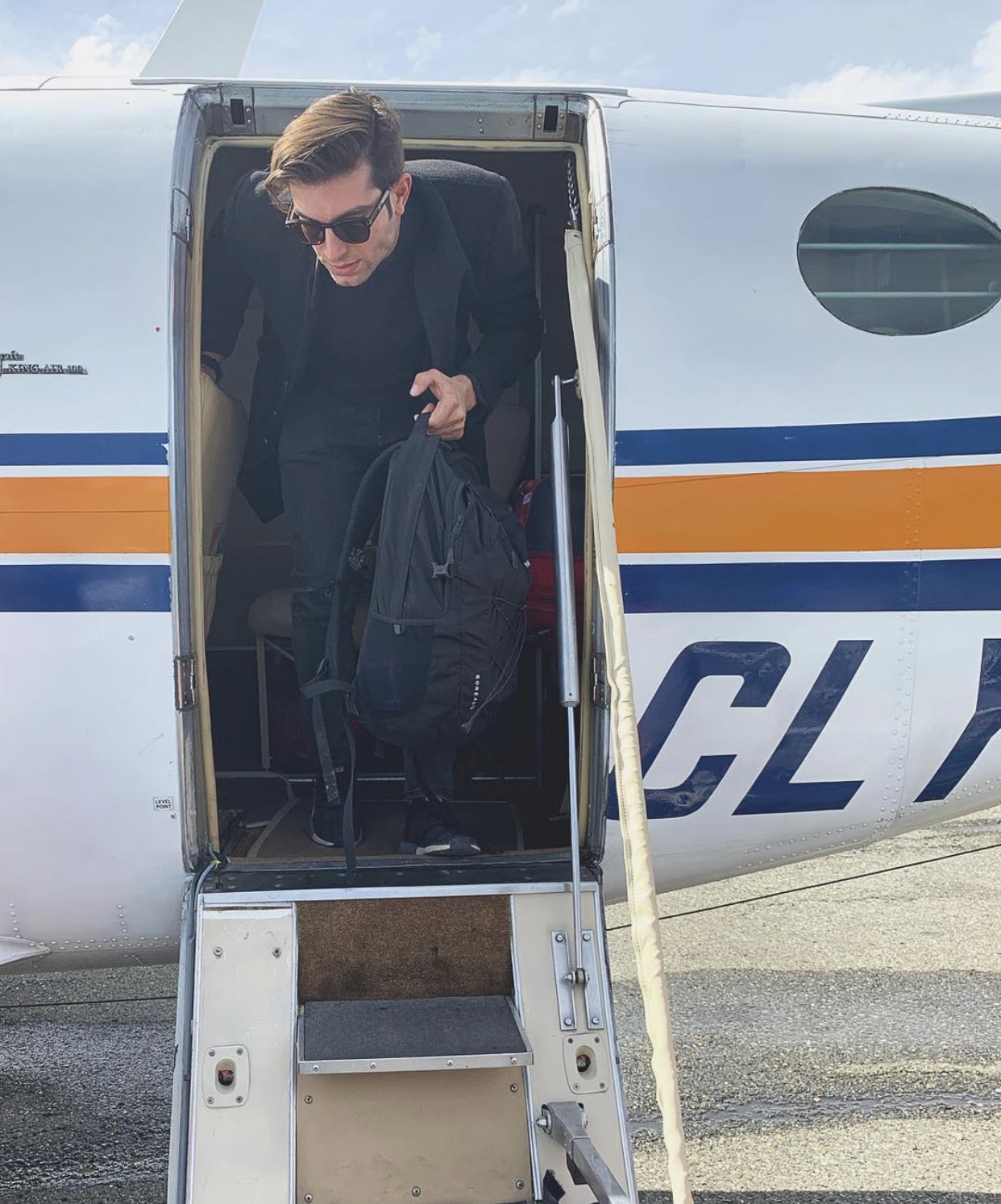 Just like every other individual, Ludovico had his share of roadblocks on his road to success. Being a millionaire at age 29, he has had to overcome a lot of stress and anxiety to achieve the success that he has today.

The life of an entrepreneur can be so stressful and overwhelming. There are times when you go through rigorous negotiations just to get a deal signed. All this makes you wonder if it is worth it. Little wonder a lot of entrepreneurs quit their startups due to being unable to take the pressure. When the mind starts to burnout from mental exhaustion, it causes the body to experience physical exhaustion. That’s when the constant pressure finally catches up with you.

Take it one step at a time

Learning how to manage your stress takes a lot of practice, but you can and need to find a way to handle it as an entrepreneur. To Ludovico, focusing on his obstacles one at a time and addressing the most pressing problem first was how he taught himself to deal with stressful situations and not let them limit his capacity for greatness.

A lot of people focus on too many of their problems at once, which is why they get stressed out so much.  It is better to focus on one thing at a time. Enjoy it, and take the most pleasant memories of it into the next experience. If things get too overwhelming in your life, Bachr recommends taking a break from your troubles by engaging in something relaxing or satisfying.

“For me, I like to travel, meditate, and exercise as a way to escape my stress for a while. You’d be amazed at how much better you will feel afterward,” says Bachr.

The road to success involves working through each step to arrive at the next one, with each step motivating and inspiring you to press on without fail. All successful entrepreneurs have dealt with obstacles before. It is the way you get around those obstacles that will determine your level of success.

Ludovico would never have been successful if he wasn’t determined and dedicated. He was passionate about his career and gave all his best shot to become a  successful digital marketer today.

The majority of the important things on earth have been accomplished by individuals who kept on trying and stayed dedicated because nobody else would have done it for them. Ludovico offers the following advice on how to keep focus.

“No matter how tough things get, do not give up on your goals. If you have to find a mentor who can guide you through times of difficulty and uncertainty, then do it.”

How Ludovico climbed the ranks to achieve the monumental success he has today?

Today, Ludovico has started numerous successful businesses both online and offline and he started his marketing and consulting agency that teaches other entrepreneurs the skills they need to succeed.