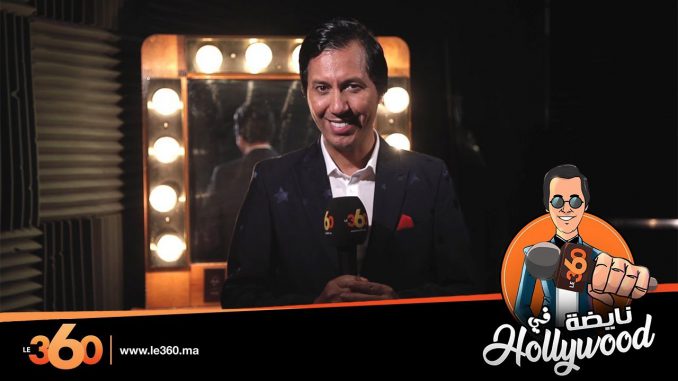 Nayda in Hollywood, the program that honors Moroccans in The U.S was Broadcast on the 360. It was prepared and presented by the Moroccan showbiz journalist and star who lives between Casablanca and Los Angeles. The show Nayda in Hollywood, is one of the few programs dedicated to Moroccan skills residing in the United States, including Hollywood. And it highlights their achievements in various fields. Since the beginning of this program, Simo has abandoned his usual skirmishes that generate a lot of controversy on social networks, to display as more serene and serious during his interviews with many Moroccans who have managed to make a remarkable journey in the country of Uncle Sam. It was done in order to give an alternative image of Moroccan immigrants of the United States, while confirming that America is really the land of dreams, or rather the land on which dreams are really established.

Throughout the episodes from Nayda in Hollywood, the viewers were treated to successful Moroccan personalities who were able to prove themselves in Hollywood and other cities and states of America. Thanks to their hard work and willingness to succeed in various fields, ranging from cooking to design, song, film and directing. All profiles left the country for various reasons, in order to assert themselves and seek broader perspectives, work and success.

RedOne, Sanaa Hamri, Adil El Arbi, Bilall Fallah, among others who have succeeded in the USA, were presented to the Moroccan public who discovered their journey to fame, as well as some hidden aspects of their personalities.

Nayda in Hollywood changed the viewers’ image of Moroccan immigration abroad. It has restored his confidence in Morocco and made him proud to belong to a country that has given birth to such talents and skills that are capable of succeeding, even abroad, with a single watchword: work, and nothing else.