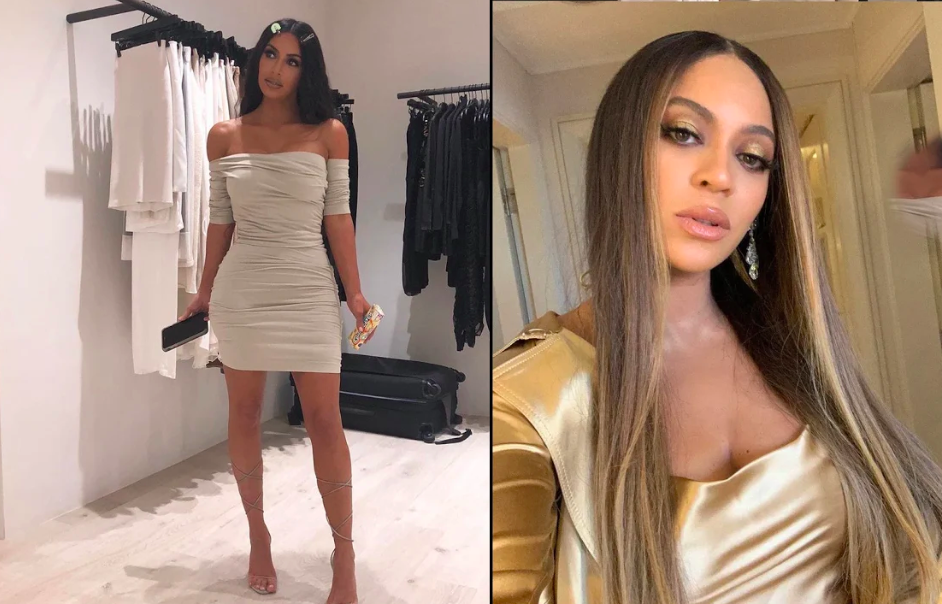 It’s not unusual that Kim Kardashian is appearing in headlines, but the reason for her name showing up this time is definitely strange. In August, users on Twitter and other social media sites began commenting on Kim’s appearance, which they say has been intentionally changed to imitate the iconic look of music superstar Beyonce. In particular, fans of both women are focused on Kim’s face, which shows possible signs of plastic surgery to the pop culture icon’s nose and lips. These changes can easily be seen when one compared newer photos from the fashion queen’s Instagram to her older posts – many fans have commented on the apparent changes to her physical appearance.

Is It Definitely Plastic Surgery?

As is, it’s unclear whether or not Kim has actually had work done, as neither she nor any plastic surgeons have confirmed any procedures. So is it just a change in makeup styling? A darker setting on the tanning bed? Or has the 37 year old Kardashian actually had work done to resemble music icon Beyonce? It’s difficult to find any proof, but when one looks at side by side comparisons, it becomes easier to understand fan’s perspectives that the look is purposeful by Kim K. Whether or not this is the case, it’s pretty suspicious when Kim copies looks that Beyonce posts on her social media, or debuts at red carpet events.

If it is plastic surgery, then it was likely done by either a Los Angeles or New York City surgeon. One glance at the work of a doctor from these two competitive markets, would prove why. A doctor like Dr. Sachin Shridharani, an NYC plastic surgery specialist, only serves the best.   This includes Hollywood A-listers who can afford it and ‘heavy-pocketed’ individuals usually, though he’s not tied to Kim Kardashian.

While other cities have higher numbers of plastic surgeons, the quality level is higher in these two metropolitan centers, due to a high number of celebrity and upper class clientele. Kim has admitted to having fillers and Botox put in, so what’s a small rhinoplasty or collagen implant after those procedures?

On the other end of the totem pole, there are many women heading to the Dominican Republic for ‘back door’ plastic surgery jobs. However, the risk of infections and other medical issues are extremely high in the country. However, the so-called “Chapiadoras” are taking full advantage of the usage of a renovated body (see rap video of enhanced Dominican girls).

But What’s the Gain?

So, assuming that Kim is purposefully imitating Beyonce, why would she do that? Well, the answer could be a lot of things, but the most likely one would be brand appropriation. Similar to cultural appropriation, brand appropriation is when someone takes aspects of a brand and incorporates that into their own. Kim K copying Beyonce’s outfits and looks is if anything, a blatant appropriation of Beyonce’s iconic fashion. The music artist’s looks are certifiably iconic, and Kim, reasonably, would probably like to profit off of that recognizability.

Again, this is all postulation, but there is some evidence to support these theories. Check out these images showing the striking similarities between Kim’s 2015 Met Gala gown to one worn by Beyonce at an earlier point in time:

That’s basically the same dress, and Beyonce wore it first. Kim responded directly to accusations that she was trying to steal Beyonce’s look, claiming that her outfit was instead an homage to Cher. Similarly, she also spoke outright against similar claims made by publications like People and E News that accused Kim’s bondage-themed dress being a ripoff of a look worn in 2011. However, Kim responded swiftly on her app and website, where she wrote that she wasn’t basing her look on Beyonce, but instead on Versace model Helene Christensen, who originally wore the dress in 1992. The dress was also famously worn by Donatella Versace, so Beyonce fans can’t really say Beyonce owns the look. However, next to the other examples of Kim K borrowing Beyonce’s looks, of which there are many, it certainly begins to look pretty suspicious when Kim borrows the same outfits and makeup over and over again.

Suspicions Aside, It’s Happened Before

This isn’t the first time that Kim has been accused of “borrowing” the fashion and outfits of other celebrities. In March, an article was published which showed off the many times that Kim has worn the looks of Naomi Campbell. It seems pretty clear at this point that Kim understands that the best way to look good is to look at other good-looking people and see what they’re wearing. Whether or not you’re a fan of the famed Kardashian sister, Kim has proven herself to be a wily businesswoman, and is certainly unafraid of being accused of fashion theft, or even using plastic surgery to alter her appearance.

Nayda in Hollywood, the Program on Le 360 that Honors Moroccans in The U.S

Tubidy App is Proving to be the Best Alternative to Spotify