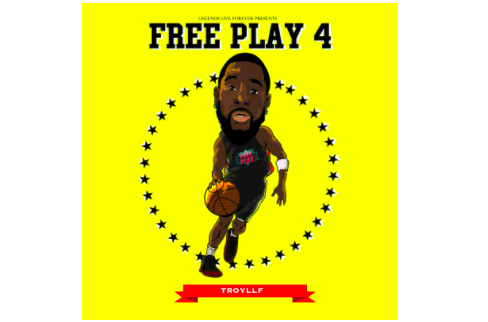 For the year 2020, rap artist TroyLLF had a goal of releasing five total projects which would include EP’s and Full-length projects. In January he released Poster Boy Troy 2, Followed by Muse Music in February, and Til Death Do Us Part 2 in April. In November, he released Muse Music 2, and ended the year with Free Play 4 by going direct to consumers.

Finally releasing the project to streaming, TroyLLF’s most recent project is a 10 track portrait of one of SF’s most incendiary voices come to life. Pairing diverse, left-field instrumentals with Troy’s own authoritative tone and arsenal of flows, his own psyche lives and breathes within the project; harbouring an innate darkness while retaining an insatiable appetite for mayhem. Following on from a wave of critical acclaim surrounding the tape, today it arrives to digital streaming.

Previously, supporters could directly contact Troy through the Ryan Leslie created the app “Super Phone” and cop new merch. The most popular piece attached to the experience is the “Free Play Package” which comes with a digital download of the album, a hard copy, an album t-shirt, and other miscellaneous items inside a custom cereal box that features the album artwork.