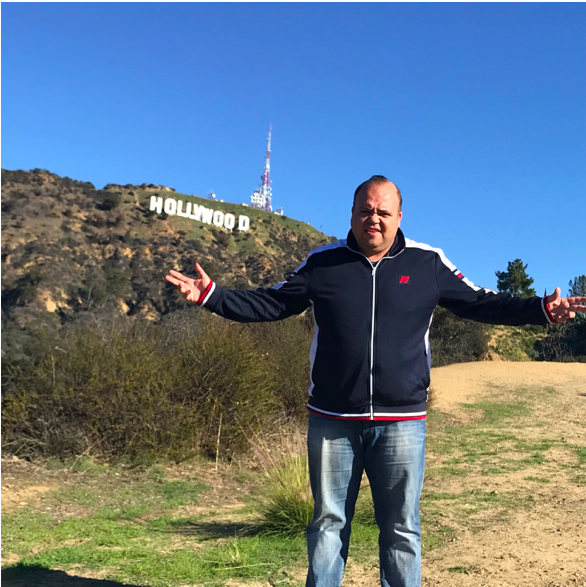 “Next to the Word of God, the noble art of music is the greatest treasure in the world.”

The expression ‘the spirit of the sound,’ where the spirit and the sound have something in common, perfectly depicts the relationship between music and religion. Both the spirit and sound offer humans a way to transcend their earthly existence. When talking about music, many consider it a man’s way to communicate with God. The relationship between music and religion is a powerful one. Music is considered important in religion due to its deep-rooted connection with the spiritual world. Spirituality usually inspires people to create music while music, in return, creates a spiritual atmosphere. Ara Torosian, born on the 21st of January, 1979, deeply understands this connection.

Torosian, an Executive Producer, has always loved to create and do things to inspire people and see a change in the world. As an Executive Producer, he has helped musicians create and groom their art. After graduating from Highschool in Tehran-Iran, he went to Bible college in England. Eventually, he graduated from there too, in the year 2003. After this, he started his ministry and music career.

Torosian is a man who intends to inspire people and see a change in the world is because he thinks that today’s music usually makes people fearful, leads to broken relationships, turning people into drug addicts. As the follower of Jesus and pastor, Torosian carries his message, including love, hope, and faith. He wishes to spread Jesus’s meaningful message to people inside and outside Iran. It so happened that when he came to Los Angeles to start his YouTube career and connect to the people of Hollywood, he saw several young and forgotten artists. Not only this, but Torosian also acquired connections, gained knowledge, and started bringing teams together. He even funded different projects to deliver the message of hope and love to his people. All these events led him to choose music as his career.

Like all great artists and thinkers, it is no surprise to wonder what exactly inspired Torosian. He must have been inspired to understand the connection between music and spirituality/religion. According to Torosian, whatever he has done in visual production as an executive producer holds some message. Everyone desires to and needs to be inspired by something. For Torosian, his source of inspiration lies in worship songs that have driven him to achieve so much in music.

Worship songs are known to empower people, make them better individuals, strengthen their belief in God, and motivate them to help one another. Worship songs also elevate people’s moods by lifting them. It is important to note that the great praise and worship songs of the current age and time have one thing in common. They move people emotionally and cause them to grow spiritually.

The reason why Torosian is so interested in worship is probably because of what all he has experienced earlier in his life. He was born in an Armenian family in Iran, where His mother was an elementary teacher. His father was a welder who lost his life in an explosion at his workplace in 2000. He also has a one-year older sister named Lara. Torosian is a sensitive and emotionally intelligent man. He is aware of all his parents’ sacrifices for him and his sister. He wishes his father to be alive to see how the fruit of their sacrifices has finally blossomed in his life and has led him to success.

Being an Executive Producer, Torosian has influenced his children, whom he thinks is very talented. Being from the younger generations, they are quite active on social media. They have their own YouTube channel that has around 15000 subscribers. On the other hand, his daughter’s gaming TikTok account has around 20000 followers. His children are following his steps by becoming celebrities themselves on social media.

As an Executive Producer, Torosian is always willing to learn. Not only this, but he has succeeded in exploring the connection between music and religion. He has the vision and dream that musicians share their ideas, makes music, creates visuals, finds singers, and bring a team together to create music.

Deborah Bigeleisen -The Artist Changing the Genre of Floral Painting

Are online casinos more popular than ever?