It’s been a long time without any live sport. Unless you’re a fan of the Belarusian Premier League soccer, you’re probably starting to miss your weekly fix of high octane, adrenaline-fueled sporting action.

But worry not! In these unprecedented times, social media means that the ‘new normal’ for our favourite sporting leagues, teams and athletes doesn’t have to be so bad.

There’s still a tonne of great content and stories to enjoy – you just have to know where to look, and who to follow. The world’s biggest sports brands, teams and athletes are changing the way we interact with our favourite sports.

We asked digital content expert Jonno Turner to give us the low down on how global sport is staying active during these unprecedented times – despite the goal posts being moved like never before.

How do you think sports brands have adapted to this huge challenge?

It differs across the board, of course, but in general, I think global sports brands have responded to the challenge well. There are many examples to choose from – but, as always, Nike was one of the first off the mark, with a smart ‘Playing for the World’ campaign. They’ve carved such a reputation over the last few decades for the quality of their marketing and this is no different – it’s like they always have something up their sleeve. They’re bold and dynamic. Probably the most impactful developments is the rise of athletes as media. With no middle men, journalists, or even club PR officials, we’re seeing some of the world’s biggest stars take their media into their own hands – hosting live Q&As, taking us behind the scenes of their day, or even sharing their workout secrets. In terms of fan engagement, evergreen content is the star of the day – we’ve seen a lot of nostalgia, replaying of old games, plus community-building activities like quizzes, fundraisers and live social. In some ways, fans have never been closer to their favourite teams and athletes, despite the lack of action.

Which athletes have made an impact during the last few weeks?

There have been a lot of viral challenges and fundraisers going around social, particularly Instagram, such as the #StayAtHome challenge which was promoted by the likes of Lionel Messi, Harry Kane and Paul Pogba. But one athlete that really caught my eye is NBA star Steph Curry of the Golden State Warriors, who held an Instagram Live session with Dr Anthony Fauci, Director of the National Institute of Allergy and Infectious Diseases, to help counter misinformation about the Coronavirus outbreak. It’s remarkable to see an athlete provide experts that kind of platform to his 30 million strong social media audience – and a pretty significant moment.

We’ve seen a rise in e-sports through an absence of traditional sport, do you think that it’s a breakthrough moment for virtual sport?

Well, it’s hard to say for sure, but we’ve definitely seen e-sports and gaming go to the next level in terms of mainstream attention. It’s a really fascinating time – and I do think that the relationship between e-sports and traditional sports will be changed forever, even when we get back to ‘normal’. We’re seeing e-sports on traditional broadcast channels, and across gambling exchanges. We even saw British TV show a virtual edition of the Grand National – one of the country’s most famous horse races – in early April, raising millions for charity through small bets. Digital transformation isn’t really about technology, it’s about culture… and it does feel like there’s a cultural shift in the air when it comes to e-sports.

Mahdi Parsafar – The Manager who Brings the Best for his Athletes 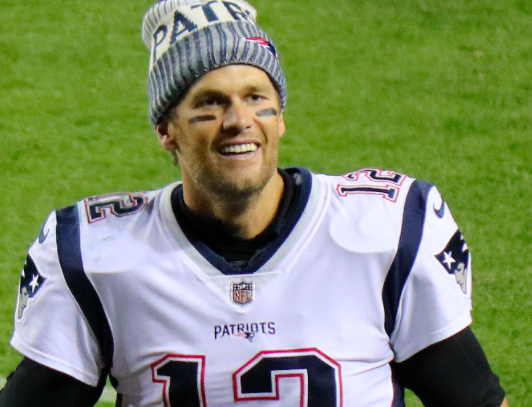