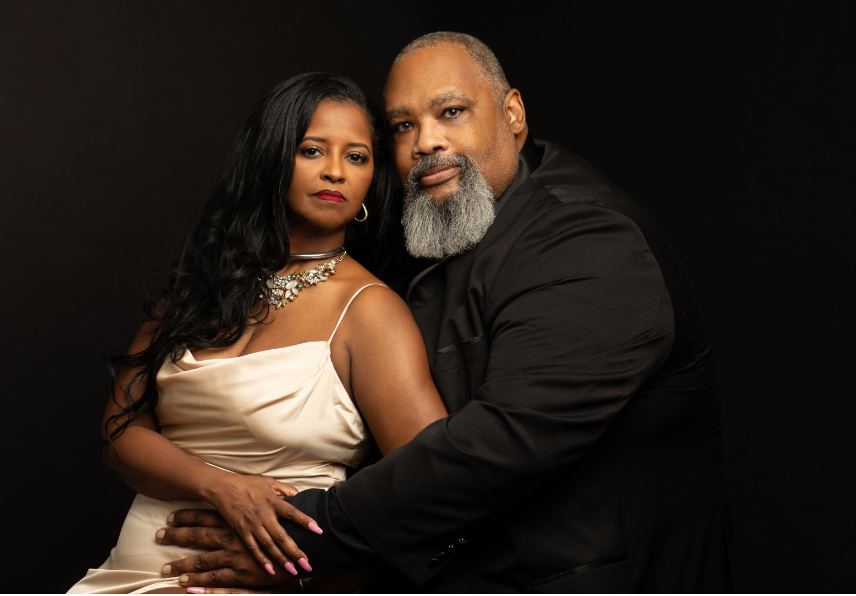 With 18 years together and a decade of marriage behind them, Baba Richard and Sri Namaste Moore practice what they preach. Known as The Infinite Couple, they are extreme pioneers in marriage, business, love, and sex, working privately with some of the world’s most exciting couples.

Through their teachings, expertise, and offerings, they help couples create a potent pathway to sacred love, business growth, and spiritual alchemy. At the core of much of what they do is helping others truly understand both the Divine Masculine and Feminine essences – too often pitted against each other in today’s world.

“There is no competition between the Masculine and the Feminine, only misunderstanding of each other’s roles and position,” explains Namaste. “One of the things that make our approach different is because I am the voice of the Feminine, and Baba Richard is the voice of the Masculine. And so when we speak, you aren’t just getting a woman’s perspective, you’re also getting that masculine perspective, and you do need both to create anything.”

The couple – and they truly are a couple – feel that today’s society has moved too far away from the real meaning of the Masculine and the Feminine. Namaste recounts an anecdote of when they were staying with renowned author Jean Houston – and Richard stood up to pull out her chair for her teaching associate Peggy Rubin, so she could sit down.

“Peggy turned around and looked at him and said: ‘I haven’t had a man do that for me in decades. I didn’t think anyone still did it, that’s amazing’.”

The deeper issue is that with so much focus currently on what’s seen as toxic masculinity, men are no longer sure what is acceptable.

“That encapsulates what is holding the Masculine back in so many areas of society,” says Richard. “The fear and the resultant apprehension. Men don’t just worry about being rejected or disrespected. They worry about being sued.”

The couple’s views on reasserting one’s sex to harness the raw power of masculine and feminine energies are bound to court controversy, not least for the perception that this is perceived to be an anti-feminist stance.

“Feminism’s most idealized view is that fundamentally it wants to see women fulfilled,” says Namaste, “but there’s also a core belief within feminism that creates more of the problem, which is that men are the issue, and that just doesn’t work.”

Applying one of their guiding principles taken from Huna philosophy – that effectiveness is the measure of truth – Namaste says that if men were wholly to blame, then women would be more fulfilled and happier.

“But study after study has shown that, yes, women have come a long way, that they are making more money, have more access, and more independence. But when you look at their fulfillment, their mental and emotional health, it shows it’s getting worse and at a much younger age.”

Key to all of these programs, whether for love or business or combining the two, is learning to communicate, they say.

“Communication is not simply talking. Its etymology means ‘to connect’,” says Richard. “The majority of communication – in fact over 94% – is not words that are said, it is tone, body language, behaviors, and presence. When this is understood, it becomes easy to see why communication exercises – which we call ‘communication praxis’, are so vital. Praxis means practice and what you practice you get good at.”

Namaste says that one of the things the couple loves most about what they do together is helping men and women communicate not just in relationships, but also in business interactions.

With over 60 years of combined business experience between them, most recently Namaste as an HR Manager and Richard as a Diversity Manager, she explains how that has helped them diagnose the root cause of communication breakdown – that men and women speak different languages.

“If you have men on your team, and that’s where our corporate backgrounds and experience do come to the fore, we’ve realized that creating greater barriers on what people can and can’t say isn’t the solution.”

The solution, she says, is learning to understand the language that is being spoken and the intended meaning, instead of projecting onto it what you might think it means,

“When it comes to business, one of the things that we see is that men and women speak different languages, and they don’t understand each other’s language. And this is impacting people in business in really profound ways. And many people seem to think the solution is for men to just be quiet, and it’s not.” 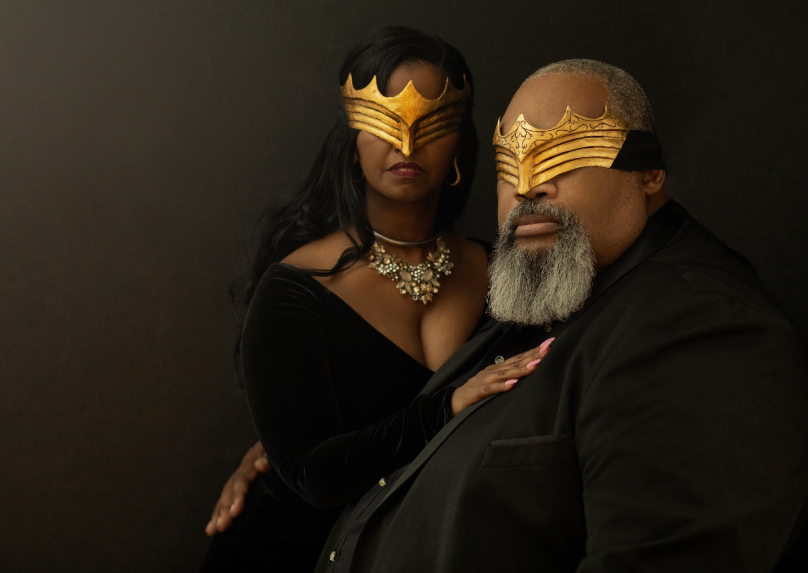 More business-focused programs offered by The Infinite Couple include Should You Mix Marriage And Business? – opening up a juicier life together that’s focused on your unique vision, purpose, and legacy.

Another, The CUP Quest, an archetypal test, helps find out why your archetype is holding back marriage bliss, business mastery, and limitless abundance.

The 8 couple archetypes describe how different couples function in business together – your partnership is compared with famous couples, like Jackie and JFK, or Marge and Homer Simpson.

“This helps us understand the strengths in your relationship, and how those strengths could also tear the partnership apart,” says Namaste. “Whatever’s more important than the marriage will destroy it,” because the care and feeding of marriage are very different to that of a business, so while you can make a success of both, the approaches are different.

Baba Richard and Sri Namaste lead by example in proving that you can mix marriage and business, having been together for 18 years and with 8 beautiful adult children in their blended family, they are leading a global revolution for highly successful couples who are driven to transcend the mundane and bring their greatest vision of life together.

“Whether you’re single, newlyweds or you’ve been married for decades, we can help design a deeply fulfilling marriage that invokes your gifts, raises your talent, and expresses the very apex of your genius,” says Namaste. “We return the Feminine to Women, the Masculine to Men and Men and Women to each other.”

The Impressive Evolution of CJ Iwu From A Self-Conscious Kid To Vibrant, Charismatic Creator