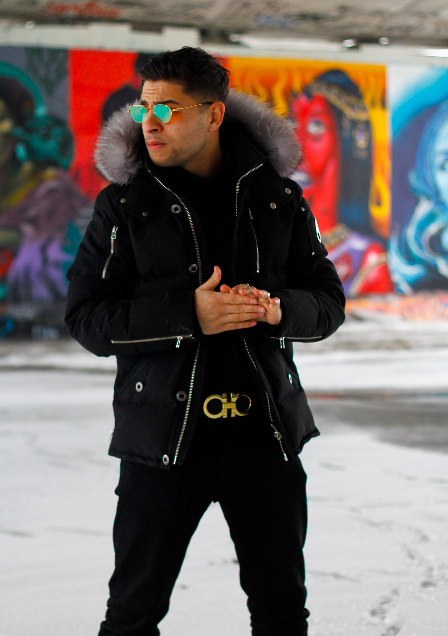 “When you have your heart in the right place, you can move mountains”.

One such example is that of a young Music artist from the north western part of the globe. Soccer player turned artist, Pyano ||, has been in the industry for 5 years now and is alas coming out with his first single ‘DZYNR’ on May 8, 2020. He’s then scheduled to release a new track every couple weeks for the rest of the year with big hits like ‘Offer Me’ and ‘Pineapple Juice’.

Born July 10, 1993 in the city of Amman, Jordan but currently residing between Montreal and Ottawa, Pyano || pursued his Honors in Science and Business from Carleton University.

Besides having a natural aptitude towards music from a tender age, Pyano || is a prodigious soccer player. He was a part of St. Anthony Italia FC’s men’s premier team that clutched the coveted 1st position in the 2019 Ontario Cup. His team not only competed in the Canadian National Championship in St. Johns, New-Foundland but also reached the finals where they were declared the runner up.

Pyano || has also made a mark for himself in the field of business with his business oriented-mind. One of his many successful ventures is a youth only soccer academy that has swelled up to 250 students. By this business wing he has proven to the world that when you are driven with passion and determination, things fall in place.

One crucial turning point in his life was when he decided to take on the world of music, something that has always been his calling. His style of music is a unique transition of soulful melody to pulsating hip-hop, rap and Afro trap beats. He has mastered the art of ramping up his records by constantly brewing classic melodies intertwined with upbeat anthems.

His story is truly phenomenal. Only few artists can find the right balance of interests and Pyano || has this gift of versatility.
His approach to tracks and rhythms is unique and versatile as well.

When asked how he envisions his future, he says “I just want to make good music, motivate people and compete with the best. Even if I motivate a single person, I’d be happy because I love making music regardless”.

He has perfectly depicted sheer brilliance through his music and the ability to shine in different genres that has motivated others in the process.

Continue following the journey of this musical venture with Pyano ||.

After a Long Brainstorming and Testing, Father and Son Duo Introduces an Exciting Dice Game to the World

Nisha Shetty is making the best in quarantine, says “This is the right time to experiment with new things”